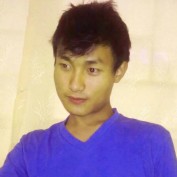 Khiamniungan Is a tribe in the Indian State Of Nagaland. In order to understand the real meaning of Khiamniungan, it would be desirable to split/asunder these three syllables which have its own different specific meanings. The word 'Khiam' denotes Water, 'Niu'- Great, Ngan-Source. Cultural Names. Pathso is a large village, situated in the eastern part of Nagaland in India and located in Panso hq circle of Noklak district. It is a home to approximately 500 families with the population of 2117 according to 2011 census.