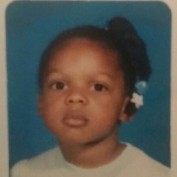 Things that are important to me:

1. Compassion (for self, for others)

They Love Their Babies

Written years ago for all the young, single mothers I'd see waiting for the bus with their babies, or pushing their babies in strollers.

Goofs, Gaffes, and Inconsistencies in "The Office" (US)

"The Office" is one of the most popular shows ever, with 8.8/10 stars on IMDB.com. I love it and have watched every episode, which means I've noticed...inconsistencies. Read about them here!

6 Reasons to Adopt an Older Dog

Older dogs can be wonderful pets if you give them a chance. They're generally calm and well-behaved and they make great pets for first-time owners. Best of all, they're usually already housetrained!

to love you:let you go is to hurt