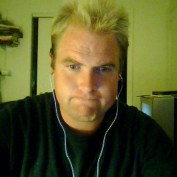 Joined 5 years ago from Norristown, PA Last activity 4 weeks ago

After a long hiatus from acting, Thomas Ian Griffith reprises his most iconic role of Karate Kid Part 3 bad guy Terry Silver, proving that the more things change, the more they stay the same.