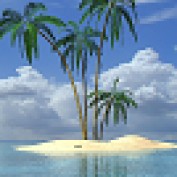 Joined 12 years ago from Texas, USA

I love traveling to new and exciting places and various out of the way places too. My passions includes tennis, reading and of course writing on various topics. Go sailing, snorkeling, shopping and sightseeing; enjoy the panorama views and the picture-perfect beaches. In St. Thomas, you can do all this and more. St. Thomas is located in the U.S. Virgin Islands, thirty-eight miles east of Puerto Rico. This...