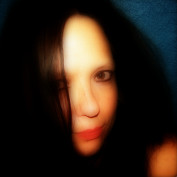 Joined 8 years ago from Southwest

Author, artist, scholar, I explore the mystical and mythical side of human nature.

Herbal Mojo: The Use of Herbs in Healing and Magick

An herb is a plant that is valued for qualities such as medicinal properties, flavor, scent, or spiritual uses. General usage differs between culinary herbs and medicinal herbs.