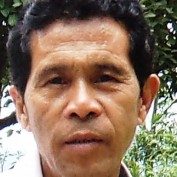 Joined 4 years ago from Kathmandu,Nepal Last activity 13 hours ago

DR.Indul K.C. A Man of Action

Dr. Indul K.C., a former a class government servant is a man of multi-skill from Baktapur. He's is a vigorous man with a soft heart and tough in ethics as well. He shares his skill not only his community in Bhaktapur, but far and wide . One morning, he visits my home to heal my paralytic dad.

An Experience with Ghost

He faced a ghost at night while he on the way to service his guru with milk a hermitage. He believes the sage had saved his life. I have retold the story here.

The Gift In Words - A True Story

She visited Kathmandu to savor the sights and sounds of the mystical mountain in the Himalayas. She had a crush with the guide. She found in him perfect man for her life. Later on, they tied a nuptial knot to lead a life happily hereafter.

I've passed by many persons who left behind their stories filled with wisdom. I've scribbled 3 persons' words in the article.

Into the Air- A true Story of My Past

I share a real life story of a student who attended English Language class in the evening. He's no more around to retell the story in English. I've penned it as a flash fiction.

Time with the Children

I met David in a Tea Shop in Boudha in the Fall, 2016. Then I got involved with him to call on the schools nearby Boudha Stupa in 2018. I reverb those moments with the children of various schools in this article.