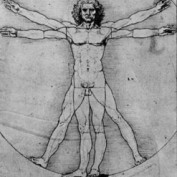 Joined 8 years ago from Sri Lanka

I am interested in publishing hubs on human physiology, particularly on areas student find difficult to understand and digest. Hope my hubs would become useful to undergraduate and post-graduate students as well as those who are interested in learning about the various mechanisms operating in the human body.

The respiratory physiology is the process of incorporation of oxygen in the environment for the utilization of energy from the organic compounds and for the elimination of carbon dioxide.

In addition to serving the function of respiration, the respiratory system is involved in providing immunity, in olfaction, in phonation, as a reservoir and a filter for CVS and as a metabolic ground

Bulk flow of air in between the environment and the lungs is an important respiratory function. Coordinated, active movements of the thorax and the diaphragm, result in inspiration and expiration.

Breathing (inspiration and expiration) occurs in a cyclical manner due to the movements of the chest wall and the lungs. The resulting changes in pressure, causes changes in lung volumes.