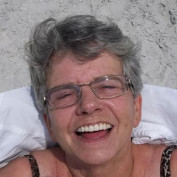 Joined 11 years ago from Alberta and Florida

My name is Lynda Martin and I write under the name Lynda M. Martin. Born in the U.K., in Canada since the age of six -Alberta and now toasting my toes in Florida, I live in a shabby ranch style home with two dogs of indeterminate heritage, Calvin and Delilah. A graduate of the Universite de Montreal, my careers include, but are not limited to, accountant/auditor (pah!), outreach worker in child protection, nursing aide in home health care, small business owner and above all, and always, a writer.

Thank you for reading my work.

Check out my novels, This Bird Flew Away and Fly High; Fly Blind on Amazon.

Find me on Facebook I'm always looking for new friends.

Discover Florida: A Day at the Marie Selby Botanical Garden

The day I spent with family at the Shelby Gardens was one of the most beautiful I've ever had. Take a tour with me and see why it was so special.