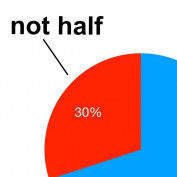 “Protect your spirit. Because you are in the place where spirits get eaten" John Trudell

Christopher McCowen, framed for a murder he did not committ.

Whose Rights? Our Rights!

Good lord! Now I read a governor is forbidding businesses to have a mask and vaccine mandate! This, after he banned abortions in his state! Help!!!! Government overreach!!!!