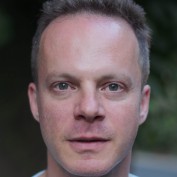 Joined 4 years ago from London

I am an actor, comedian, writer, teacher, historian and businessman. I have travelled the world and picked up all sorts of skills and knowledge along the way. I'm currently studying with the Open University. Life is all about self-improvement and there's something to be learnt from everyone, even if it's how not to do things.

One of London's oldest treasures and most people don't even know it exists.

Historical Tour of London Via the British Version of the Monopoly Board Game: A 21st Century View

From the Beatles to David Bowie, London locations feature prominently in the history of popular music. Here are just a few.

Bridges on the River Thames

Though everyone knows the famous ones, there are actually 33 Greater London bridges across the Thames from the Tower to Hampton Court.

Recreational drug use didn't start in the 1960s, or even a few decades earlier in the jazz age. Drug use and addiction dates back many centuries, even amongst famous towering figures of history.

Why Do the Brits Drive on the Left?