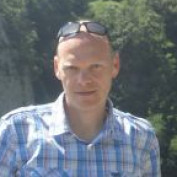 Joined 10 years ago from Italy Last activity 2 weeks ago

Hello, my name is Marco and I live in beautiful Italy. I enjoy writing on a wide range of topics including science, history, social issues and much more. My favorite book is the Bible, which I consider to be the inspired Word of God. Your feedback is welcome!

Adolf Hitler saw himself as Germany's saviour called by providence. It is indeed remarkable how he evaded or survived over 40 attempts on his life, only due to a strange twist of circumstances. Of course, rather than saviour he would turn out to be Germany's (and the world's) devastator.

Tesla Motors and the Transportation Revolution

A recently-established California car manufacturer is spearheading the transport revolution from petrol engines to all-electric cars.

10 Famous Scientists Who Also Believed in the Christian God

Faith versus facts? Some modern societies regard science and religion as mutually incompatible. Yet many great scientists of the past were committed Christians and firmly believed in the divine inspiration of the holy scriptures. Did you know about any of these?

When Will Man Go to Mars?

Since the early days of space exploration, people have been dreaming of going to Mars. It took only 12 years from Sputnik 1, the first artificial satellite, until the first moon landing of Apollo 11. Yet 50 years on Mars is still a huge challenge. Will we eventually take off for the red planet?

Man has always been fascinated by the sky. Yet space exploration in earnest did not begin until the 20th century. A recap of man's remarkable achievements in search of new frontiers. 10 Amazing Facts about the Bible

In light of its humble beginnings the Bible made it a long way. Find out what makes the Bible stand out and why it is called the book of books.