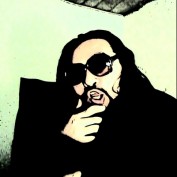 I work at SCP-296. I specialize in research and containment of Euclid and Keter class objects. I originally worked in the investigation of SCP-096, also known as the Slender Man.

Here I plan on discussing unclassified information and related subject matter. Marquis Mayhem is a code name. The profile picture is an image of Class D personnel after exposure to a Euclid class object at SCP-296.

What Happened to Elisa Lam at the Cecil Hotel in Los Angeles?

The mysterious death of Elisa Lam is examined, including video of her bizarre behavior in the elevator at the Cecil Hotel.

The Tragic Story of the Annora Petrova Wikipedia Page

Here we examine the tragic story and death of Annora Petrova and her mysterious Wikipedia page. Find out about some of the theories that might explain what happened to her.

Whatever Happened to Ted the Caver?

People have been fascinated by the story of Ted the Caver, if not downright scared to the bone. Explore Ted's story of a terrifying encounter in a cave, and read some theories about what might have happened.

Here is a look at sightings of the Michigan Dogman and the infamous Gable Film.