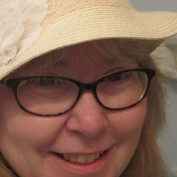 Joined 7 years ago from California

Former scholar of classics and mythology, I've been creating webpages about the ancient world, popular science, and my hobbies and interests since 1993.

Technical note: Most of these articles were first published on a different site under my nom de plume "Greekgeek." I also have many articles on Hubpages published under "Greekgeek." When Hubpages bought Squidoo, we couldn't merge accounts, so I had to create a new handle for my old Squidoo.com articles. Clear?

Great. Now, let's get back to geeking about the ancient world, astronomy and geology, and various nerdy topics. Also cats. This is the internet, after all.

Free Web Graphics: Where to Get Them (Legally!)

There are plenty of free, legal ways to get great graphics for articles and webpages. Here's over thirty sites offering free stock photography, great graphics, clip art, icons and more.

Jackie Robinson: The Story of an American Hero

Learn how Jackie Robinson put his life on the line and his body in harm's way to set an example against prejudice and as a civil rights pioneer. Includes photos, Jackie game video, quotes & more.

Thanks to the Lunar Reconnaissance Orbiter mission of 2009-2012, we now have detailed satellite photos of all the Apollo landing sites. Landers, instruments, tracks, rovers and even flags are visible.

I majored in classics and mythology, and I love bringing the ancient world to life. Let me share with you the sites, landscapes and lore of Greece through my photos and travel diary. Today: Epidauros.

Why Do Things Float?

How can a metal battleship float on water? Why do some volcanic rocks float? What's the deal with floatation in saltwater vs. freshwater? And just how do you spell buoyancy? A

Meet Thoth, trickster and sage, bureaucrat and magician, patron of writing and mathematics, one of the most fascinating deities in the ancient Egyptian pantheon.