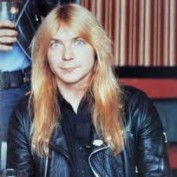 Phil has experience dealing with all sorts of supernatural phenomena.

Proof That Demons Are Real

Have you ever seen a demon? Are you wondering if demons are real? I witnessed a summoning of a demon with my own two eyes. Demons are real and they can be summoned to this world with the right ritual. Read on for everything I know about demons.