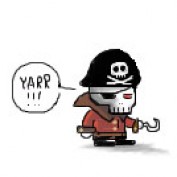 I'm a currency trader with a deep passion for marine aquariums of all kinds. Nano's, fish only tanks, full blown SPS tanks.....love em all. With fishes, my interest mainly lies with cave basslets of the genus Liopropoma, pistol shrimp and their symbiotic gobies and dwarf angels. Forex pays the bills but marine aquariums put a smile on my face everyday.