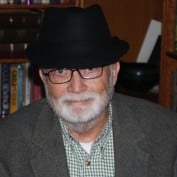 Joined 16 years ago from Birmingham, Michigan

I live in the Midwest and sail on the Great Lakes. My hobbies are sailing, photography, public policy issues and politics. [and HubPages!] I've worked in the automobile industry, for the National Labor Relations Board in Washington, and for the Unemployment Compensation appeals board in Lansing, Michigan. I'm married with three grown children.