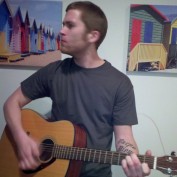 Joined 9 years ago from Windsor, Connecticut

Ryan Buda is a native of Windsor, CT who graduated from Windsor High School in 2005 in addition to playing varsity hockey, tennis and lacrosse. He was awarded all conference in tennis and a birth to the state tournament during his senior year. After high school he received two associate degrees from Manchester Community College in general studies and speech language pathology. He now enrolls at Central Connecticut State University and majors in Spanish with a minor in psychology, while also working toward a masters degree in Linguistics. He currently works at the Autism Services and Resource Center (ASRC) and the ARC of Farmington valley (FAVARH), both of which support children and young adults with Autism and other Disabilities. In his free time he enjoys running, backyard farming, reading and playing guitar. But most of all he loves to write. He writes a politically oriented blog called Real Time with Bill Maher Fact Checker and contributes articles to Squidoo and Hubpages that focus on his interests.

Pagan Culture in the Burial of Beowulf

A masterpiece of Old English literature, Beowulf's funeral is influenced by the interaction between an old Pagan culture and a new Christian influence that is prominent in 8th century Germanic burials