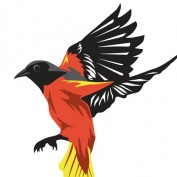 Joined 14 years ago from Phoenix, Ariz

I am an accountant with a passion for writing. I am also a part time trader and currently work with a team of talented traders with investments in cryptocurrencies and Stock market. I like to write about business opopertunities and side hustles.

I have a social science education in Economic at the graduate level. I have a master degree in Applied Accounting.

How to Write Letter of Recommendation (Sample Letters)

Recommendation letter are used in a different situations; there is no specified list that includes all possible scenario. ...