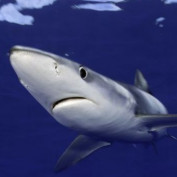 Joined 10 years ago from UK

Sharkfacts write about sharks, those amazing creatures of the deep, famed in novels and on the big screen.

Eternally dangerous yet fascinating, there are many facts about sharks that may interest you.

What Are the Biggest Great White Sharks Ever Recorded?

While the fearsome great white shark can grow to a massive 20 feet, most are much smaller. But what is the biggest one ever found?

Here are some really interesting facts about great white sharks for kids, with answers to the most commonly asked questions about them.

Most of the top 10 worst shark attacks in the world involved maritime shipping disasters where people were thrown into shark-infested waters.

Greenland Sharks - the Slowest Sharks in the World

Not only are Greenland sharks the slowest moving sharks in the world, there is every possibility they are the largest predatory sharks as well. Here are some fascinating Continue »

Bull sharks are arguably the most dangerous shark of all. They live in warm shallow coastal waters and upstream in rivers, where human interaction is possible. here are a few interesting facts about bull sharks.

Are There Dangerous Sharks in British Waters?

If you are worried about the possible presence of dangerous sharks in British waters, you may feel somewhat reassured by how few there really are. Out of the 29 different types of sharks Continue »