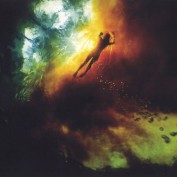 After graduating from uni with a Bachelors degree I soon became jaded with corporate culture, banked some dollars and hit the road (after taking a flight). I traveled the globe on a very long adventure that exposed me to a treasure trove of new experiences. In truth the adventure hasn’t really stopped, just slowed down a little.

Jimi Hendrix : One of the Greatest Musicians That Ever Lived

Jimi Hendrix took a standard Fender Stratocaster, flipped it, strung it in reverse and turned it into a sonic surfboard, a fierce assault weapon, an instrument of Continue »

Understanding Buddhist art, including the various mudras or postures in which images of the Buddha appear requires a little study. Buddhist art is rich in symbolism and reflects different stages of the Buddha’s life and how he communicated his teaching on how to liberate oneself from the tyranny of the mind.

The Divine Life Society described Sri Anandamayi Ma as “the most perfect flower the Indian soil has ever produced.” Born in a small village in Bengal on Continue »