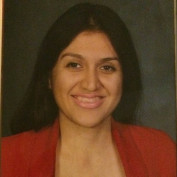 Hello everyone! My name is Silvia Munguia, and I am from San Diego, California. I studied Literature in Writing at UC San Diego earning my B.A. in 2013. Upon graduating from college, I worked as an English tutor and library aide. For two years, I taught English in Spain and France. I have recently earned my Dual Language Teaching Credential from San Diego State University (in hopes of becoming an English high school teacher). During my spare time, I love writing on my composition notebooks, going for walks, jogging, and listening to music, especially oldies.

The Myth of La Llorona: A Story of Colonialism and Patriarchy

La Llorona is a mythical figure in Mexican culture. The legend of La Llorona is interesting because it reveals the problematic aspects of the colonial and patriarchal systems set in place in Mexico. Thus, it is no surprise that its figure has been reclaimed and vindicated in other cultural spaces.

Forty-one years ago, John Lennon was shot by a deranged fan outside of the Dakota Building (his home in New York City). The event shocked the entire world. In order to honor his life and legacy, I invite you to read ten intriguing facts about the founder of the Beatles.

All in all, “Vencer el desamor” does a good job of bringing up subjects that had been previously omitted from telenovelas. However, at times, it seems that the soap opera still strays from certain themes and prefers to stick to traditional values.

10 Great British Invasion Bands You May Not Have Heard Of

The Beatles, the Rolling Stones, the Kinks, and the Who are the most popular acts associated with this era. But, what other bands flourished during this time?

The Story of Juan Gabriel

Juan Gabriel has left behind 66 albums and over 100 million copies sold. He had more than 1,800 songs, two movies, and a TV series based on his life. Many of his songs have become classics.

The film is rather a concise version that makes no judgement against anyone. It should be noted that although the version that the film offers is quite attached to reality, it is not a documentary but a recreation of what happened that manages to stick to the story's core.