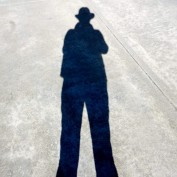 Other than English, I speak fluent Spanish and conversational French and German. I aspire to become a science-fiction novelist in the near future. However, I distance myself from comic book-style science fiction, because I believe that science-fiction novels should not only provide a good plot but also should spark people's curiosity in scientific facts. I believe it is one's duty to protect others from scam artists and fraudsters in the area of science and medical technology, because the public at large relies faithfully on professionals in these fields to provide them with honest answers. Overall, I am an American who seeks a better America.

Are Americans Destined For A Trump-Harris Administration?

Just about anything goes in American politics. However, as a result of a contested election, a presidential administration with a vice president from a different political party would be an event that would go down in history. It could happen!