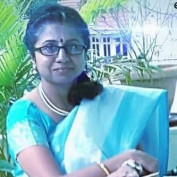 Joined 17 months ago from Kolkata

Writing is one of my passions. I love to write stories . Some of my stories are informative , some of are purely life stories . I love to write stories basically on Indian society and culture . I also love to find the links between different cultures and write about them . I also love to write about people those who have left an impact in my life . I am enthusiastic and a hard working person . I am responsible towards my work , self-motivated & directed . I also write blogs in my native language and love to recite poems and to sing songs .

A self-teach or home-tutoring is a school wherein guardians show their kids a scholarly educational program at home as opposed to sending them out to a public or tuition-based school. Some self-teach families show their kids through secondary school graduation. Others train their youngsters until...