Are Dogs Carnivores or Omnivores?

To a dog, the words carnivore and omnivore mean nothing. These are scientific titles we have bestowed upon our four-legged pals. Dogs don't know the difference between our scientific terms, and they certainly don't care about the on-going debate.

Recently, in my online excursions, dogs have suddenly become classified as omnivores. I found this extremely odd, because as long as I could pet a cute puppy, dogs have been carnivores. Curious, and needing to find answers for myself, I set out to research the true scientific taxonomy of dogs and understand the label of carnivore.

These classifications are based on the animals primary food source.

Interestingly, there are different types of carnivores. These include:

Taxonomy of a Dog 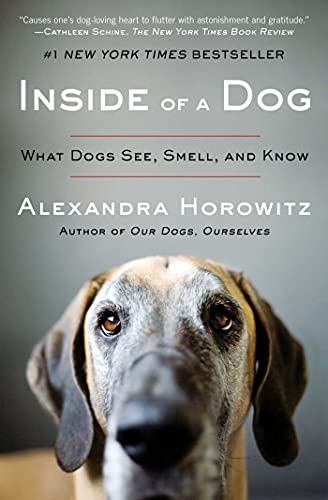 Inside of a Dog: What Dogs See, Smell, and Know
Buy Now

Digestive System of a Carnivore

The distingushing feature between a carnivore's and omnivore's digestive tract is it's length. A carnivore's digestive system is notoriously short to promote quick digestion of raw meat. Another factor that is different than the majority of omnivores is the lack of chewing. Dogs do not need to chew their food. The break-down process for food, in a dog, starts in the stomach. Dogs tend to "wolf" down their meals for a reason.

Teeth of a Carnivore

Further evidence supporting dogs are carnivores is their teeth. Carnivores don't have teeth for grinding, which are typically flat molars. The molars of a dog are "pointy" and sharp. These pointy molars are designed to rip and not grind.

Dogs also have a set of teeth called the Carnassial Pair. This pair of teeth is a characteristic of the order carnivora , specifically the suborder feliformia and caniform .The Carnassial Pair specializes in tearing meat and slicing through tendons; without the carnasial pair, eating meat would be difficult.

Jaw of a Carnivore

Meat-eater's jaws are hinged for biting, killing prey, and shredding meat. A dog's jaw is hinged in the exact same way. A jaw of an omnivore or herbivore doesn't have this type of hinge motion. Instead of mimicking scissors, an omnivore's jaw moves side to side, which assists in grinding plant matter.

A carnivore's mouth also opens wider in comparison to the size of their head than an omnivore. Omnivore's don't need to open their mouths as wide to consume food.

When you pet a dog, you may actually be caressing a part of their jaw muscles that distinguishes them as carnivores and not omnivores. Carnivores rely on a their temporalis muscle to operate their strong jaws.

After gathering all the evidence, dogs must be considered carnivores. Scientific classification was created by humans to understand the world. Science is constantly changing, and the lines between carnivore, omnivore, and herbivore are blurred. Dogs are carnivores that sometimes eat other types of food than strictly meat. This does not, however, make them omnivores. Omnivores must eat both meat and plants as their primary diet to be healthy.

Until the taxonomy or scientific classification for dog's change, they should be known as carnivores. Dogs don't mind what they are labeled, but the notion of a dog as an omnivore may encourage pet owners to feed their carnivores more plants and other foods than the meat they need--an unhealthy habit.

Which is it, carnivore or omnivore?