As humans, most of us are predisposed to use one hand over the other. People who tend to use the left hand more often are known as ''left-handed'' or affectionately ''lefties'' whereas those who tend to use the right hand more are known as ''right-handed''. There are then those who are capable of using both hands which are known as ''ambidextrous'', this category however is a minority. Studies suggest that 70 to 90 percent of people are right-handed, whereas,10% are left-handed, while the numbers of ambidextrous are rare.

In dogs, several studies have been used to determine which paw is preferred. Very likely, most dogs show a paw preference since it makes sense in nature to have one side of the body occupied in case of an emergency. It is quite interesting to reveal what these studies say.

Are Dogs more Right-Handed or Left-Handed?

One of the first studies was conducted by Tan U. in 1987. In this study a piece of adhesive plaster was placed on the eyes of 28 dogs and the dogs were observed carefully. The study revealed that 57.1/% used their right paw, 17.9% used their left, and 25.0 % were ambidextrous. The statistics of this study also revealed that the preferred use of one paw over the other was not casual nor random, but rather, the use of the paw was a preference, just as in humans.

Interestingly, a further study conducted by Wells 2003 and Quaranta et al in 2004, revealed that paw preference was dictated by sex. Therefore, the study revealed that male dogs had a tendency to be left-pawed. Yet, Wells found that this preference varied depending on the task asked. For instance, a strong majority showed a left paw preference when asked the command to give ''paw''. This left paw predominance however was not much relevant when the dog was asked to remove a blanket from its head. Wells therefore went to explain that no generalizations should be made until further research was conducted on this using untrained dogs. A further test done requesting stray dogs to remove a blanket from their head and a treat from a tin, revealed unsatisfactory data, since the majority were reluctant to use their paws.

The results by Wells reveal that there is much more need for studies to reveal paw preference in dogs and that the way dog owners were teaching their dogs to give paw may have played a role in the results. The results therefore are quite varied, suggesting that no rules can be really set in stone. However, Dr. Paul McGreevy, a senior lecturer in the University of Sydney's Faculty of Veterinary Science explains in an interview for Radio Australia that among 270 dogs studied it was evident that male dogs are more likely to be left-pawed than right pawed, and the reverse was true for females.

An interesting study conducted by Nick Branson a Veterinary Officer with the Australian Quarantine and Inspection Service, at the Australian Veterinary Association (AVA) Annual Conference revealed that dogs without a paw preference were more likely to exhibit fear of sounds. The correlation between dogs being ambidextrous and being fearful of noises therefore showed that dogs with no brain specialization were more likely to develop intense emotional responses to a variety of stimuli. Based on these results, it may be easier to screen dogs for sniffing and bomb detection work based on their paw preferences or lack of. 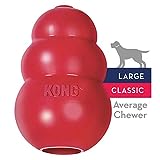 Ways to Study Your Dog's Preference at Home

Intrigued by the studies on paw preference? You can test your dog at home and see if he is more likely to be right-pawed or left-pawed by simply asking some easy tasks that require some pawing action. Following are some ways to test your dog's paw preference.

Of course, just studying the behavior once is not enough to conclude the dog prefers one particular paw compared to the other. It takes several repetitions over time to suggest paw preference.

Does your dog have a paw preference?