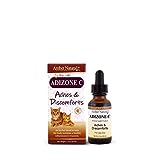 As a loving and caring pet owner, you may feel compelled to seek some sort of relief for your suffering cat. The temptation therefore, to head towards the medicine cabinet and give some over the counter medicine for humans may be quite strong. However, this may turn out to be an enormous mistake as cats are quite delicate creatures, that may have a pretty hard time metabolizing medications formulated for human use, To make things worse, their petite size also makes it very challenging to give proper dosages, so the ultimate advice is to refrain from self medicating your cat and seeking veterinary advice.

As much as owners may want to help their suffering cats, it is sad to learn that quite often the ASPCA poison control hot-line is contacted because a cat was given Tylenol or too much aspirin. Yet, these cases happen more likely than one would wish and it is very important at this point to educate cat owners about the dangers over the counter medication pose in their feline friends.

Tylenol perhaps is one of the most common over the counter medications errounously given to cats in pain. According to Petplace, all it takes is one regular strength Acetominophen to cause major problems and even prove lethal. Cats suffering from Acetominophen toxicity will develop liver failure and damaged blood cells. Affected cats will develop within 12 hours vomiting, lethargy, brown colored gums, drooling and difficulty breathing. Then, as the toxicity progresses, the cat may have facial swelling, uncoordinated movements convulsions which may even cause death, and if the cat survives, liver failure symptoms may set in.

Better known as Aleve, humans use this medication to fight pain and lower fevers. However, unfortunately according to Petplace, there are no safe dosages for cats. This medicine should be avoided to prevent serious complications even if given at the smallest dose.

Aspirin may appear to be pretty safe to give, especially since some aspirin dosages are especially formulated for infants. However, when it comes to giving Aspirin to cats, there are many dangers ahead. According to PetPlace, aspirin toxicity may cause gastro-intestinal problems, lethargy and dark tarry stools because of bleeding ulcers, or in severe cases, even perforation of the bowels. Other potential problems that may occur are neurological disorders, kidney failure, panting episodes and blood clotting disorders. While aspirin may be prescribed in cats at times, it is done under strict veterinary supervision, with accurate dosages and given very sparingly as per the veterinarian's advice.

If your cat is exhibiting gastro intestinal disorders, it may be tempting to give a little bit of that magic pink liquid. However, what many people do not know is that Pepto Bismol contains aspirin as well. It is listed in the ingredients as Acetylsalicylate Acid, the scientific name for Aspirin. According to Pet Place , even some formulations of Kaopectate contain salicylate as well. As mentioned in the aspirin section, cats are sensitive to aspirin and may develop even serious complications.