Causes of vomiting in dogs

Working at a veterinarian hospital, I have seen my fair share of many dogs affected by gastro-intestinal issues, the most common of all being vomiting. However, not many owners were able to tell the difference between a vomiting dog and a dog that was simply regurgitating. This may cause difficulty in diagnosing the underlying cause, so should your dog become sick, it is very important to be very specific about when, how and under which circumstances your dog vomits.

A vomiting dog usually appears apprehensive. He/she may drool and salivate abundantly indicated nausea. Licking lips and gulping may be another indicator of nausea and impending vomiting. Owners usually may notice the apprehensive state of mind of the dog that will appear uncomfortable and may be pacing around. Shortly thereafter, there will be strong stomach contractions and visible retching. Many times, the vomiting episode will not be over immediately, rather the dog may continue to retch smaller amounts until there will be dry heaves producing little or nothing.

Vomiting is basically the expulsion of the stomach's contents. The food will appear digested, or if on an empty stomach, a yellow liquid called bile will be present.

A dog that is regurgitating on the other hand, will appear in a much calmer state of mind. The action may appear very passive, with little or no effort. There are usually no indicating signs prior. The dog will simply suddenly lower its head and the food will be expelled. The material expelled will appear undigested, many times kibble may be found unaltered. Because the material expelled comes from the esophagus and not from the stomach, it may appear as a slimy concoction of food in a tubular shape.

Because, this food is undigested and therefore it lacks acids, many dogs will be seen eating the regurgitated matter. While this may appear disgusting to most owners, it really is not much, if we think that after all, the food regurgitated is very similar in state to how it was prior to being ingested. Plus add the bonus that it is even warm now!

Because vomiting and regurgitation are completely different processes, there are different causes, different diagnostics and different treatments. Vomiting often may be due to sudden diet changes, ingestion of toxins, pancreatitis, viral diseases, intestinal obstruction etc.

Dog suffering from frequent regurgitation may as well have a vast array of causes, but yet are very different, examples can therefore be: an esophageal obstruction, a structural abnormality (vascular ring), esophagitis, hiatal hernia or a condition called megaesophagus. There may also be muscular issues involved or the cause may never be known (idiopathic). Often dogs may regurgitate after eating too fast, usually this occurs within minutes and the kibble is not chewed.Treatment for a regurgitating dog therefore is very different from the one for a a vomiting dog.

Dogs affected by frequent regurgitation must be monitored for signs of secondary pneumonia, since there are chances that some food may be accidentally aspirated in the process. Attention must be paid therefore, to cough, difficulty breathing and/or fever.

Expelling water after drinking should not be confused with vomiting as well. This often is caused by drinking water too fast and too much. However, should it happen often a vet visit is a must.

Another condition often confused with vomiting is gagging or retching and then coughing up mucous or white foam. This is often due to a respiratory condition such a kennel cough or due to a throat irritation.

A dog thar is retching and unable to vomit should be seen as an emergency as this may signal bloat especially in deep chested dogs.

As seen, vomiting and regurgitating are two black and white different processes, however both conditions share the fact that if they appear often they need to be investigated by a veterinarian. A good description reported to your vet will help provide an accurate diagnosis, help implement the proper treatment and ultimately, allow for a faster recovery. 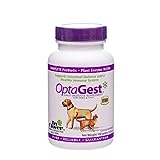