Critical Control: The Importance of Spaying and Neutering Pets

According to recent data published by the Humane Society of the United States over 2.7 million perfectly healthy adoptable cats and dogs are euthanized in shelters each year. The Greek word "euthanize" means "good death" and although we may use euphemisms such as "put down" or "went to sleep" these softened complaisant words will never lessen the impact of knowing millions of animals are senselessly slaughtered due to irresponsible human behavior. The harsh reality is that human beings are the cause of pet overpopulation. Healthy, loving adoptable animals are paying for our mistakes with their lives. With spaying and neutering programs, responsible breeding and the abolishment of puppy mills we have the power to prevent overpopulation and a potential companion animals certain death sentence.

Animals killed in US shelters are almost always euthanized by intravenous injection, typically using a very high dose of pentobarbital or sodium thiopental. Unconsciousness, respiratory then cardiac arrest follows rapidly, normally within thirty seconds. Observers generally describe the method as leading to a quick, painless and peaceful death. Leading up to the moment of death is another story. Some frightened animals may stay in a shelter for months or a mere week before death due to overcrowding. Organizations that lack room and resources will likely euthanize animals more quickly. If animals remain unclaimed or are not adopted out within a certain time limit they have no choice but to be killed. Euthanasia in an animal shelter is typically carried out by a veterinarian or a veterinary technician working under the veterinarian's supervision. Often animal shelter workers are trained to perform euthanasia as well. The video below contains additional statistics. Please be warned that it contains disturbing material. Viewer discretion is advised. Until the US and other countries around the world face the harsh reality and examine the root causes of overpopulation all efforts for its control will be less effective. For the sake of millions of innocent animals we cannot continue to look away.

“Think occasionally of the suffering of which you spare yourself the sight.” -Albert Schweitzer

What Can You Do?

Have you ever rescued or fostered an animal from a shelter?

Spay and Neuter -Be Responsible

Why is spaying and neutering a pet so critical to pet population reduction? Unlike human beings animals are unable to walk into a clinic by themselves. They are unable to drive to a doctors office or utilize over the counter birth control methods. Domesticated animals depend on us for their survival. In addition to food, water, shelter and love we provide our companion animals with medical care. Proper treatment and medical care on the part of a pet parent ensures a long and healthy life for your animal. It also ensures population control.

Spaying helps prevent uterine infections and breast cancer in female animals especially dogs. Breast cancer is fatal in about 50 percent of dogs and 90 percent of cats. Spaying your pet before her first heat offers the best protection from these diseases. A spayed female is prevented from going into heat. While cycles can vary, female felines usually go into heat four to five days every three weeks during breeding season. When they are searching for a potential mate they will howl and urinate more frequently. Spaying will prevent them from spraying in your home.

Besides preventing unwanted litters, neutering your male animal companion prevents testicular cancer, if done before six months of age. Neutered cats and dogs keep their attention on loving family members where as unneutered males are more aggressive and mark their territory in the house. An intact male will do just about anything to find a mate, including trying to roam away from home, dig and fight with other males. Neutering will curtail this behavior. Despite the myth spaying and neutering doesn't make pets fat. Once again that is a human issue.

Stray animals pose a real problem in many parts of the country. They can prey on the local wildlife, cause car accidents and frighten children. Spaying and neutering provides the most powerful solution to reducing the number of animals on the streets. Many European communities have had to face heart breaking euthanasia round ups due to allowing a stray population to get out of control. Stray animals become feral and have no chance of adoption. They spread diseases, kill local wildlife and pets and will attack adults and children. So a community must decide if they want to pay a little for sterilization now or pay a much higher ethical cost later.

The cost of your pet's spay/neuter surgery is a lot less than the cost of having and caring for a litter. Letting your pet produce offspring you have no intention of keeping is selfish and not a good lesson for children. Many unwanted animals end up in shelters that were born healthy, spent time in family homes only to be cold- heartedly sent off to be killed because adults weren't responsible. Is this setting a good example for children or the community? Children should be taught compassion towards animals at an early age. They need to understand that animals show loyalty, affection, become scared, suffer and feel pain just as humans do. Children should be taught that we are entrusted to care for all animals. Animals can't speak for themselves. When we love and care for an animal what they give us in return is beyond words.

We Are Allowing Irresponsible Breeding

Adorable puppies that you see for sale in pet stores, on the internet, or by breeders advertising in magazines or newspapers may actually be born in deplorable conditions. Puppy mills are abusive animal factories that mass produce one or more breed of dog per facility. A breeder can even mass market puppies with a few adoring photos of kittens or puppies sweetly romping in a field of daisies when in reality their breeding stock is in a dark cage lying in layers of feces. The most unscrupulous commercial breeders use inbred, genetically-weak parents to manufacture small or specially-marked puppies. Unsuspecting buyers soon discover these puppies exhibit debilitating signs of congenital disease later in life. A few will die after purchase from a pet store in a matter of weeks.

There are just too many brutally disgusting stories of rescue operations where hundreds of malnourished, physically abused mother and father breeder dogs are extricated from unimaginable conditions. Adopting your next pet from a reputable humane organization or rescue group will stop support of abusive puppy mill owners. Even purebred dogs like Golden Retrievers or Yorkshire Terriers are often available through a humane shelter and other breed specific rescue groups. Do your research before adopting or purchasing an animal from a local pet store or online breeder.

Think of how much you love or loved an animal in your life.....

Additional resources for spaying and neutering your animal or assisting programs in your own community can be found below. There is no humane excuse for human beings to allow pet overpopulation to continue. Please, remember they depend on us.

"The greatness of a nation can be judged by the way its animals are treated."-Mahatma Gandhi 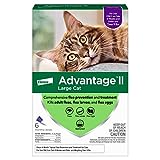