Statistics say (according to the American Kennel Club) that 87% of pet owners say that their pets watch TV. Now I find that hard to believe – or at least I DID until last week. However, I have to point out here (and I am not just a LITTLE prejudiced mind you) that my dog is something special as you can see by the videos. He not only watched TV but he appropriately got up and left the building so to speak during the commercials and then promptly came back and started watching it again when the program resumed!

Don’t let Griffin hear this but I’m beginning to think we have one sharp cookie in this package! (I'm also hoping he doesn't get on here and read this because then he's going to know I'm bragging him up and his head will really get big!)

The TV at our house is on ad nauseum (sometimes in my humble opinion). Bob is a sports junkie. He is a news junkie and he is a movie junkie. He is also a sports program junkie, a how things are made junkie….pretty much a TV junkie! That is his way of tuning out so to speak and relaxing whereas I like to pick up a book or listen to music or cook or combine all the above.

My point here is that the TV being on is not a new thing.

Our dogs are malamute – therefore they are by definition part of the family. They consistently ‘insist’ on coming into the house and being a part of our lives – something we have always enjoyed so no matter if I’m cooking or reading or we are watching TV, for any given part of the day or evening, we have our malamute ‘rugs’ in the house with us. 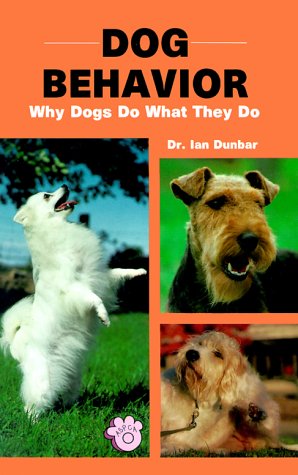 Dog Behavior: Why Dogs Do What They Do
Buy Now

Well, on this particular evening, Bob became engrossed from the beginning of this show called the Bear Whisperer. Apparently so did our little Griffin, who is a 7-1/2 month old Alaskan malamute by the way. I have heard a lot of descriptions of the breed but none have included thus far watching TV! I had retired to the bedroom to go read a book and relax with our other malamute who is my faithful companion on cold, stormy nights and Denaya was happily sleeping away when I saw out of the corner of my eye Bob frantically waving his hands at me from the living room. I quietly crept to the door to see what was the matter and much to my delight, there was Griffin watching TV. A star was born! I happened to have my handy dandy FLIP video camera sitting on my night stand, so the rest is history.

I quietly crept out and sat on the love seat and watched to see how long this was going to go on, thinking it would only be a few minutes before he lost interest and went in search of toys or mischief as he is known to do! You cannot have enough eyes in the back OR front of your head for a 7-1/2 month old malamute in the house! (Things like loaves of bread disappear or hats suddenly come in 2 parts –or the front part of your upholstered dining room chair is missing - little things like that – and all in about 2 bloody seconds)!

So I sat there watching Griffin watch TV but what captivated me was he was not only watching, but it seemed like he was ‘absorbing’ this! His head movements, the way he focused on the huge bear ambling about and then his almost EMPATHY in the plight of this poor misplaced bear. I could not tell to be honest if he was mesmerized by this man’s low, melodious voice or if he was truly trying to puzzle out in his dog mind what kind of a huge DOG this was on the screen! Or if he truly was absorbing this whole program and feeling badly for the bears.

The funniest thing though was that except for a few brief moments when Bob was putting Denaya to bed later on in the show, Griffin remained completely and utterly fixated on this program – he ended up watching it for 30-45 minutes except for the times he got up at the commercial breaks. Why he knew to get up during those times was also a puzzle. The change in volume or the change in excitement on the screen triggered it? Who knows! I asked him but he didn’t feel like talking about it apparently!

Once Denaya left, the program turned to the plight of another bear and how they were probably going to be shooting the bear – maybe even a kill order. And now comes the craziest part of all – Griffin has been watching the bear that was trapped in a drainage pipe on the golf course and had been totally engrossed in that, yes – but not apparently upset (even though they fired darts at him and some benign explosives to get him to leave). But when the part of the show switched to the kill order possibly being leveled on this other bear for returning and trashing someone’s house, Griffin became noticeably ‘different’. He grabbed his stuffed animal and put it in his mouth – he didn’t chew on it as he normally does – he just kept it in his mouth as if he was pacifying or calming himself. That was just TOO WEIRD! He kept it there – and except for a few times as you can see on the video where he almost sighed and laid down (don’t know if his head got too heavy from holding it up or if he truly was getting depressed over the bear’s plight), he kept hold of his stuffed animal.

Bob and I just watched this whole thing in amazement. It was the funniest yet sweetest kind of dog behavior we have ever seen from one of our dogs- and believe me, we have had a LOT of dogs. Never once have we had a dog watch TV let alone watch an entire PROGRAM! This is legend! This is goofy!

Now, has he watched any more TV this week? No – which is really weird. We are going to experiment but the news and CNN don’t seem to spark his interest – it may be that it is too ‘deep’ for him – we can’t tell. We are going to turn on Animal Planet and see if we can get him going with that and maybe it will turn into his ‘special time’ at night to watch ‘his shows’ only hope Bob didn’t have other plans for the TV! I don’t really want him getting hooked on soap operas though because there is too much sex and scandal on those and I don’t want him picking up bad habits. And some of those talk shows – I just don’t think it’s necessary to get him hooked on Oprah and Ellen at his age. And I get enough sports to last a lifetime - but if he wants to watch those, I really don't see the harm!

Seriously, I have much research to do with Griffin the TV watching dog. Maybe it was a fluke – I definitely am going to experiment though and see if it was or if he is really the TV watching dog. Now if only I could get him to recite to me what he watched and how it affected him – then I’d really have something. If I could also teach him how to change the channels and use the remote, wouldn't THAT be something? I have a feeling though when I hand him the remote, my TV junkie husband is going to go ballistic, just a tad! He has seen what a malamute can do to a remote in 5 seconds or less and it was NOT pretty. It looked like it had been through a nuclear meltdown.

I am going to take him to the library this weekend as well and see if I can get him hooked on books though because I think reading is beneficial to everyone – no matter how old or young. Maybe I could start with See Spot Run and see if he could grasp the concept. Okay – not really! I’ll stick with renting him some videos at the library but he’s going to have to go in with me and pick out the ones that he wants. I wonder if they’d give him a library card…..

This May Be Going Too Far