The Effects of Prolonged Stress in Dogs

The Effects of Stress on Dogs: My Experience and How it Enticed me To Become a Dog Trainer

When dogs experience very intense, prolonged stress, this stress may have after effects that may last even after the direct cause of the stress has been removed. As a dog trainer and behavior consultant, I have seen this happen quite often both in my dogs and the dogs of my clients.

For instance, my male Rottweiler, is more reactive than my female and tends to take more time to unwind from intense stress. I have seen this several times. The first time this happened, I really had no idea what was going on. For a moment, I seriously thought he had lost it and I had a hard time figuring out why all of a sudden he was so weak nerved towards certain stimuli he never reacted to before.

It happened the first time when we moved from the United States to Europe. Obviously, my dogs had never been on an airplane before and never were at an airport. On departure day, my dogs were exposed to loud airplanes taking off and landing and unusual beeping noises. They were taken in and out of the crates as security looked inside. Not to mention, they most likely felt our tension. Normally, I would have exposed them to the noises and possibly taken to the airport days prior to get them used to all these novel stimuli, but everything happened so quickly (my hubby's dad got gravely ill) and we had no airports within 3 hours to practice.

Fortunately, all went well, our dogs were safe and the flight was smooth. That night our dogs met my hubby's parents and seemed to settle in their new place. Until.... My husband's dad slowly came upstairs with his flashlight and came to tell us where our blankets were. That's the first time I saw my male bark, growl and show his pearly whites to a person. The next day, things didn't get better: he started growling at hubby's mom every time she came inside from the door. Then it was my hubby's brother-in-law turn, and soon, my friendly dog had a whole new reputation of being aggressive.

I had never seen this behavior before and was really stressed about it. Every time he growled like that, my stomach felt like a rock and I felt terrible, especially because prior to our arrival we had told everyone how friendly our Rottweilers were since my hubby's family always thought they were dangerous due to the media. Now, my Rott's behavior was proving them right....and that felt just awful, awful,awful...I often cried just thinking about it; I wanted my friendly dog back so bad!

For a while, I thought his behavior was possibly due to his second-fear period, but the issues methodically took mostly place after a stressful event and soon a pattern was seen. Out of desperation, I purchased Patricia McConnell's book "The Cautious Canine" and followed the step-by-step guide to a T. Some nights I fell asleep reading about how to cope with this behavior. The methods used though appeared to start working after some time. Day after day, my boy's old happy-go-lucky behavior started to resurface and soon everybody felt better being around him.

On the way back to the United States, after another 8-hour plane flight, my male barked again at an airline employee at the airport as she moved towards him. That same lady, later on, placed a tag on his cage while he was inside and her face was right next to him. Thankfully, he cared less this time.

I learned my lesson though; my weak-nerved male didn't handle stress well and it appeared to have a prolonged effect on him. Now, I know how to manage him better and screen subtle dog signs of stress before they escalate. I also use powerful, force-free behavior modification methods to help him cope with triggers better. But back then, I grew so interested in dealing with dog aggression and the implications of stress, that I seriously started studying dog behavior, reading books, attending workshops, frequenting trainers and this whole ordeal is what ultimately enticed me to become a professional certified dog trainer and help others in similar situations.

The Effects of Stress on Dogs: Individual Reactions

How a dog responds to stress varies on several factors. I often asked myself, why is my male more likely to aggress when stressed, while my female was more laid back, and appeared to have less problems? The predisposition to respond to stress in a certain way may be genetic. Just as in people, some dogs may be more likely to take out their stress on others, while some may instead take it on themselves. Also, just as in people, stress can be subjective: what one dog may see as stressful, another dog may take as normal or non-stressful.

Commonly, dogs tend to get stressed when there are subtle or more significant changes to their routines. Expect to see stress in the following scenarios: 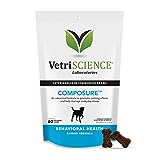 The Effects of Stress on Dogs: What Studies Say

When dogs go through intense, prolonged emotional stress, their body will still be bombarded by stress hormones such as adrenaline and cortisol even after the stressful event has passed. When stress is intense and prolonged like that, dogs often display exaggerated behavior, and are therefore, more likely to aggress because stress lowers emotional and impulse thresholds. This means dogs can be more likely to overreact and react with less and less provocation and impulsively.

Stress as it turns out, has also several health effects in dogs, weakening the immune system and predisposing dogs to disease. And don't believe post-traumatic stress only applies to veterans and Army personnel! Military dogs were found to suffer from post-traumatic stress as well! Prolonged stress was also observed in dogs that were subjected to the 2011 Japan earthquake and subsequent nuclear disaster at Fukushima. These dogs were found to have "five to 10 times the cortisol levels of dogs not touched by disaster, a gap that narrowed but did not close even after 10 weeks of loving care in the rehabilitation program."

Interestingly, the effects of stress on dogs can start even before they are born! Studies on rats show that when pregnant rats are subjected to stress, the offspring are more likely to show fearful behaviors and decreased learning. In dogs, it's important to provide pregnant dogs with a relaxing environment, especially during the third trimester.

Alexadry © all rights reserved, do not copy!