Is there such a thing as dominance?

Dominance is often a misunderstood, yet, overused word. It is just too easy to watch a dog and label it as ''dominant'' upon observing its behavior. It is almost as if a dog can be either ''dominant'' or ''submissive'' with no shades in between. There was also a particular phase in the past where the word ''dominant'' became a very popular term, with seemingly every other household occupied by some ''dominant dog''. Dominance therefore appeared to blur the vision of many dog owners world wide, which desperately resorted to several strategies (even forceful ones) in order to regain their status as leaders.

Dogs have been accused of acting dominant if they urinated in the home, barked at guests or ignored the owner upon being called. The owners therefore felt helpless when confronted with this issue and had to either take their dog to an obedience trainer or make drastic changes in order to lower the status of their ''dominant dog''.

The good news is that today, equipped with a better understanding about dog psychology the myth of dominance can be debunked. All it takes to better understand dominance is to take an insider look of how a dog pack is structured and resort to scientific studies on the topic. A good place to start is to take a look at David Mech's studies and theories after watching packs of wolves on Ellesmere Island.

David Mech, American biologist and expert in wolf behavior, offered a whole different view on the structure of a wolf pack. While wolf packs in the past were often believed to be composed by single authoritarian alpha figure and other subordinate members, a new interesting truth has emerged by watching wolves in the wild instead of in captivity.

In captivity, wolves were often forced to share common grounds. Researchers in the 1940's simply grouped together wolves of different ages, sex and status and watched their behaviors. An authoritarian and dominant alpha figure therefore emerged sending the message that dogs may enter our homes with the mind set to rule the home if we were not attentive enough to set the rules straight.

An Interesting Break Through

Mech, on the other hand, decided to carefully watch wolf packs in the wild and there was a break through in his 13 summers spent observing the packs. Not only were wolves not fighting over rank as they did in captivity, but there was no such thing as one authoritarian and dominant alpha figure who set up the rules. Rather, two figures appeared to lead the pack; the alpha male and the alpha female.

This shed a lot of light on how a wolf pack is structured and gave ''dominance'' a whole new meaning. A wolf pack therefore was more likely operated as a family structure rather than a ''hierarchical '' one as believed in the past. The alpha male and alpha female were simply parents and the rest of the pack was composed by their off spring. This revolutionized the view we have of domestic dogs, as owners there was no longer the need to act as authoritarian figures, but rather as respected yet, benevolent ''parents''.

Another concept to consider is the fact that in nature, the alpha dog or if we want to say, the ''dominant dog'' does not resort to brute force in order to be respected in the pack. Rather, leadership is not won through brute physical domination, explains Carmen Buitrago, a Certified Professional Dog Trainer in the article ''Debunking the Dominance Myth''. Rather his dominance is manifested through body postures, perhaps in the same way a commander of a troop wears a uniform.

So is there such a thing as a dominant dog? Perhaps it may be much easier giving so- called pushy dogs a different name: "opportunists" who engage in behaviors that have a history of reinforcement. Dogs dog not pull on the leash, jump on owners or steal a sandwich because of dominance, but simply because these behaviors are rewarding and because they have been allowed to engage in such behaviors.

True dominance however does exist and is now called ''status-related aggression''. Interestingly, this type of dog is less common than thought, indeed, most aggression causes appear to be fear-based. Many dog behaviorists may count encounters with ''real dominant dogs'' on the fingers of their hands. 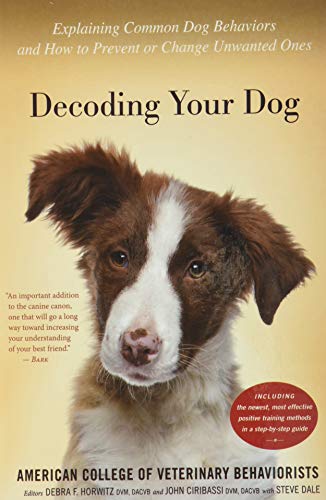