The Emerald tree boa (Corallus caninus) can be found in Venezuela, Colombia, Peru, Bolivia, in Guyana, Suriname, and in northwestern Brazil.

They live in tropical rain forests and wetlands. It is considered one of the most exuberant snakes in the world.

Emerald tree boas can reach about 2 meters long. The head is large and flat, the body is laterally flattened and somewhat triangular in shape, and the tail is prehensile. The dorsal skin is emerald green (hence its name) in color with a white triangular patch pattern of regular distribution; in the ventral region, the skin is yellowish or whitish.

Juveniles have varying color (usually red-brown), only moving to the adult coloration at about six months old.

With proper care Emerald tree boas can reach well over 20 years in captivity, but on average tend to live about 15 years in the wild. There are no subspecies currently recognized.

These non-venomous snakes kill their prey by constriction, holding them with their mandibles and wrapping their body around these, immobilizing them and squeezing them until they die from asphyxiation.

The Emerald Tree Boa has mostly arboreal habits, and rarely comes down to the ground level. They move very fast through the foliage and tree tops. When resting, they cling firmly to a branch with its tail and wrap the rest of the body. 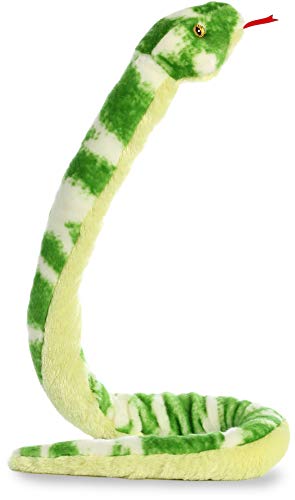 My Other Hubs About Snakes

They feed mainly on lizards and birds, but also of small arboreal mammals. The offspring of the snake can hunt and eat almost immediately after birth.

This is an ovoviviparous snake species, the eggs are kept inside the female's body during embryonic development. Mating occurs between January and May.

The female snake manages to raise its temperature and incubate the eggs, making his body tremble.

The litter ranges from 3 to 18 juveniles that are born after about seven months of embryonic development, usually between July and December. The females only reproduce every two years. Males reach sexual maturity at three or four years of age and females at four or five years.

This species is not globally threatened, according to the International Union for Conservation of Nature. Is included in Appendix II of CITES. Habitat destruction is the main threat to be taken into account for their future survival.

I hope you found this hub about the emerald tree boa helpful, if you enjoyed reading it you can vote it up, you can also share it with your friends. You can also check out my other hub on other amazing reptile the Komodo Dragon.