All About the Gray Wolf

I have always felt very drawn to the mystery of gray wolves. I find them so fascinating that to me they're almost like a mythical unicorn. This could very well be why I own Alaskan Malamutes since they are they closest looking breed to this beautiful creature. I found myself doing a bit of research and I was amazed and some of the information I learned about them.

Gray wolves once heavily populated very large portions of Europe, Asia and North America but they were hunted, sadly to the point of almost being extinct. Luckily their numbers have increased due to conservation efforts. Wolves can thrive in forests, deserts, mountains, tundra, grasslands and urban areas. They travel mainly in packs. If a lone wolf is spotted, it has probably been driven from it's pack for being diseased. Packs can from 2-20 but are typical in groups of 8. The largest pack reported in Alaska in 1967 of 36 wolves! Can you imagine seeing a pack of 36 wolves!!!??? Packs are VERY territorial and can claim an average territory of 80 sq miles! They typically spend their day roaming from 12-15 miles for food.

Wolf packs have a STRICT hierarchy with a dominant male at the top and his mate falling in line next. This male and female are the only wolves to breed. The other pack adults help care for young pups, bring them food and babysit while they're hunting. The pups generally leave their pack family from one to four years old to search, or start a pack of their own. When large mammals are killed for feeding, the breeding pair usually eats first, starting with the heart, liver and lungs. wolves at less rank eat later. The stomach is eaten but if the animal is a herbivore the contents are left untouched. (I guess if I get eaten by wolves they'll leave my dinner behind). Oh, and a single wolf can eat 20lbs of meat in one sitting! They eat not only other mammals but also birds, fish, lizards, snakes and fruit. Wolves can survive up to 17 days without food and without it affecting their muscles. After eating they drink large quantities of water to prevent uremic poisoning. They're stomachs can hold eight quarts of water!

The most intriguing thing about the gray wolves are there distinguished howl which they use to communicate. Depending on weather and surroundings, their howling can be heard 10 miles away. A wolf alone howls to attract his pack but sometimes the howl can be a territorial message sent from one pack to another. I must note that during this bit of research I stumbled across a few websites of audio recordings of wolves howling. I sat hear playing them for about an hour amazed at how my dogs went absolutely crazy. Not only did they stare at my computer and cock their head from left to right at certain tones of the howl, almost as if they were listening, but at other points they would howl along and when I played a recording of some pups my female whimpered a bit and howled. I saved the website on my computer so I can play these for them often. I've never seen them howl so much.

Onto some incredibly interesting facts now. Gray wolves can vary in height and weight from region to region but the largest recorded gray wolf was killed in Alaska weighing 190 lbs. They rely on stamina rather than speed for hunting however they can approach speeds of 40mph during a chase. Oh, and you know those long bounds they do through the air when they're chasing they're prey? One female was recorded at making 23 ft bounds! They have webbing between each toe which allows them to move over the snow easily and quickly and they have special blood vessels that keep their paws from freezing. Their paws also have scent glands between their toes that leave traces of chemical markers behind so their pack can easily find them.

Their bulky coats consist of two layers. The first layer is tough guard hairs that repel water and dirt. The second layer is a dense water resistant undercoat that insulates. Their undercoat is shed in tuffs of fur in the Spring.(I know all about this shedding.) The gray wolves teeth are fascinating. Their long teeth hold and subdue their prey. They are capable of delivering up to 1500 psi of pressure. Their teeth are weapons. This is twice the pressure of a dog. Wolf saliva has been shown to reduce bacterial infection in wounds and accelerate tissue regeneration.

Wolves RARELY attack humans but are considered one of the world's most feared natural killers. Wolves can carry diseases such as brucella, deerfly fever, foot-and-mouth disease and anthrax. In Russia, Iran, Iraq and India they are the major host for rabies. A rabid wolf is exceptionally severely aggressive and can bite numerous people in a single attack! Wolves in Russia have been noted to carry over 50 kinds of harmful parasites.

There is large argument if gray wolves are a member of the dog family. Some say yes and some say no. Molecular systematics now indicate very strongly that certain domestic dogs are closely related and are subspecies of the wolf. According to wikipedia the Alaskan Malamute has the closest resemblance in appearance, personality, pack and prey nature. They have the closest similarities in their muzzle, teeth, double coat and paws. They have an extreme pack nature and wont hesitate to prey on the neighborhood animals.

Gray wolves may be considered the deadliest natural killers but I still feel they are one of the most fascinating creatures on earth. 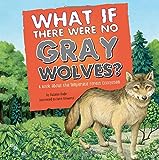 What If There Were No Gray Wolves?: A Book About the Temperate Forest Ecosystem (Food Chain Reactions)
Buy Now

PICK UP A WOLF CALANDAR AT AMAZON 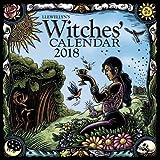