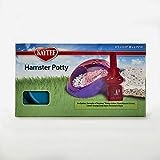 Gerbils can make great pets if they are properly kept and responsibly looked after. They are quite intelligent rodents and provide varied entertainment both in their cage and out.

Gerbils require fresh food and water every day. Food can be specifically for gerbils or ready mixed hamster selection (that is safe for gerbils). Other foods such as lettuce or crackersg will be readily accepted. However, these must be given in small amounts. Water should be given in a gravity-fed water bottle. Also gerbils should be cleaned out about once every two weeks or when they start to smell slightly. Once this is done they will then rebuild their nest.

When gerbils are awake, which varies, then they should have a variety of toys to
keep them occupied, but PLASTIC WHICH IS NOT PETSAFE SHOULD NEVER ENTER THE CAGE. This is because almost everything you leave in the cage will be chewed.

Taming is easy, but care must be taken not to leave any thing dangerous, including other pets around that could harm these small, fragile animals. Gerbils must be handle correctly from the start.

If you are considering keeping gerbils it would be wise to read a wide range of information as the information on the internet is not always written by responsible people. 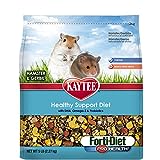 It is important to choose a pet supplier that obviously displays a love for animals and looks after them well, taking care of their every need. In the pet store, the enclosure should be clean and tidy, with plenty of fresh food and clean water.

I strongly advise against purchasing, either animals or their feed etc., from any pet supplier that is cruel and fails to put the animals welfare first. If you find a supplier or store that does not look after their animals, complain to the management and if necessary report the store to your local or national animal welfare organisation.

There have been recent reports of unscrupulous breeders offering gerbils for sale that have been badly treated in one way or another and again nobody that cares for gerbils would want anything to do with such individuals. Indeed if anybody treats gerbils or other animals in an uncaring way, report the matter to the authorities.

Having found a reliable pet supplier, first look at how attentive the gerbils are. They should be alert, full of life, curious about you and maybe coming to your side of the enclosure for a closer look. Remember that they are choosing you as much as you are them!!

Though gerbils of the same colour may look the same you will get to know them by their distinctive personalities and this demonstrates that when you keep a gerbil, a relationship is opening up from which a special bond will form.

Always make sure that the enclosure is set up and waiting for them, when you first bring the new family members home. The experience for the gerbils is going to be stressful and the more you can do to reduce such stress will help the situation. Once in the home, leave your gerbils in a quiet area of your home for a few days, to allow them to settle in.

Gerbils are not solitary animals so it is best to keep them in sexed pairs or pairs of the same sex. Compatibility can present problems so choose gthat are young, (under nine weeks of age) prove the best for pairing up. After this age and fighting becomes a real possibility and the resulting injuries will prove very upsetting. Females become territorial at about nine weeks so this is one area for particular concern.

If you do need to introduce older gerbils together then there are certain steps to take and even then things may not go according to plan. First set up an enclosure with a partition in the middle that allows air to get through but will not allow the gerbils to pass in any way. Secondly, put the normal shavings, furniture and bedding material on each side, set up in identical ways to each other and introduce, one, Gerbil to each side of the enclosure. Every day for the next week swap them around so that they spend time in each others marked territories, but do not replace anything during this time.

Now set up another enclosure that has completely clean furnishings and has been cleaned thoroughly to ensure that no scent remains. Put the two Gerbils in together and watch them carefully for the next hour.

They should take to one another because they have become used to the scent of the other Gerbil, but if they start fighting remove them straight away. You can try the partitioned cage for another week using the same method, but if they still do not get along at the end of the second week, the chances are that they never will. If you do decide to leave them together, watch them very carefully, because damage from fighting will leave its mark and take a long time to heal. Male and male will prove the easiest to pair and I would recommend this for an older matching.

Finally, remember to enjoy looking after your new family members. They will grace your lives with many wonders and being privileged to take care of any animal is a very rewarding experience.