Got Milk? Or Mistreatment? The Lives of U.S. Dairy Cows.

In America and other countries around the world, animals which produce food for human consumption are very often mistreated by the industries, and very little is being done about it. Animals such as chickens, cows, and turkeys are subjected to inhumane conditions and various forms of abuse. Many people today believe that abstaining from animal products is an effective way to address these issues. However, simply cutting out meat from your diet may not be enough.

One particular victim of animal rights atrocities are dairy cows. According to the USDA, milk production has risen by almost half since the 70s, mostly due to the obvious population growth. However, the number of cows used to produce milk has declined by about . How has this happened? 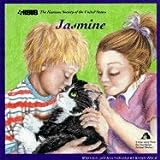 Well, as all good profit-minded industries will tell you, it is less expensive to get more of a product from fewer sources. There were an estimated 12 million dairy cows in the US in 1970, and only 9 million in 2007, and it is expected that that number has since decreased to even less. Milk production per cow has actually doubled since the 70s, from 9,700 pounds to 19,000 pounds in 2007. That means 9 million cows are producing twice as much milk as 12 million could in the past. Fewer animals should mean less product, unless something was terribly wrong here.

Majority of the dairy cows in the United States typically are confined either indoors or in dirt feedlots without a blade of grass. They are repeatedly impregnated and are permitted very little time with the calves after they are born. The females are usually raised to be dairy cows as soon as they mature. The males are often sold for slaughter or sent to the veal industry. They cows are usually weak their entire lives, being overworked and undernourished for their entire lives. Once a cow has outlived its usefulness, they are culled and processed for ground beef.

Another abuse in the dairy industry is the process of tail docking. The method of tail docking used for some breeds of dogs and other domestic animals usually involves sedatives and painkillers. However, this is not often the case for cows. Many dairy producers do not feel the need to spend the time money or manpower needed to ensure that the cows are comfortable throughout this procedure.

In addition to the pain of the actual surgery. this process ensures long-time suffering for these animals. Not having a tail often leaves the cows without any protection against flies and other insects by being able to swat them away, and hot summers on a dairy farm usually bring swarms of insects to torment these beasts. Constantly strapped to machines and without a tail to swat away insects, these creatures are often left defenseless.

WARNING - This Video contains instances of abuses to dairy cows which some may find hard to watch. Please Use Caution.

In 2008, the Humane Society's investigation into slaughter plants reveals gross abuses of dairy cows. A downed cow is one which is so sick or injured that they cannot walk or perform any service. These animals suffered terribly, and where sometimes chained to trailer hitches and dragged, still alive, through the dirt feed lots, where they were killed in the most inhumane ways imaginable.

Since the Humane Societys investigation, the slaughter of downed cows has been made illegal, but a 2011 investigation by the ASPCA revealed that many dairy farms still commit these terrible acts. In terms of the law, there is very little protection for these kind and intelligent creatures.

If you would like to help ease the suffering of over 9 million defenseless animals, write your local politicians, or visit HumanSociety.org or aspca.org/Blog/Categories/Lobby-for-Animals

You can visit "A Humane Diet" for information on where to find products from facilities "that meet precise, objective standards for farm animal treatment."

Stay informed and fight for a worthy cause, help these animals live in humane conditions that all cognizant beings deserve.

Do your part, you CAN make a difference.