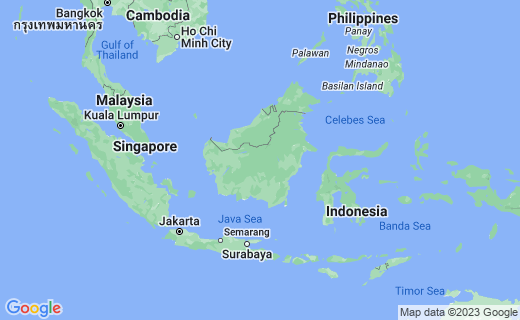 It’s easy to understand the way of life of wild gibbons, chimpanzees and gorillas, but orang-utans are something of a mystery. There is an old joke that says the gorilla started out as an ape that wanted to be a sumo wrestler, the chimp wanted to be a boxer, the gibbon wanted to be an Olympic gymnast, and the orang-utan wanted to be a gibbon but couldn’t make the weight. Behind this joke lies the fact that there is something decidedly odd about such a heavy bodied ape, with such slow and deliberate movements, spending so much time in the trees. Other arboreal primates are typically lightweights, able to scamper about in the treetops, leap athletically from tree to tree, and clamber rapidly from one branch to another with breathtaking dexterity. The orang-utan, in complete contrast, moves more like a ginger-haired sloth. What is the secret of the orang-utan’s puzzling lifestyle contradiction? To understand that we need to study the males.

Orang-utans are the least sociable of the great apes. The males are solitary and are twice the size of the females. In the wild, a typical adult female weights between 77 and 100 pounds, while adult males typically weigh over 150 pounds. Orang-utans feed largely on a variety of fruits. If fruits are scarce, they will turn to other food sources such as leaves, ginger-stems, bark and small animals. Their rainforest environment allows them to enjoy a highly varied diet. In one study it was discovered that orang-utans consumed no fewer than 400 different types of food.

The Largest Arboreal Animal In The World

Big male orang-utans, both Bornean and Sumatran, are always hostile to other males, defending the space around them with loud, bellowing roars, amplified by the use of a large, resonating throat sac. These vocalisations have a double function; because they also let the females know where the males are. The home range of each large adult male normally includes the home range of several females with young. When one of these females finally finishes rearing her offspring, normally after seven years, she will respond to the male’s cries by approaching him for a mating.

The appearance of the adult male Bornean orang-utan is extraordinary. Apart from his hefty body, he also has huge fatty flaps on the side of his face that make him look even bigger and more threatening than he actually is. While male Sumatran orang-utans have much less prominent cheek pads they too are enormous animals. Their size is directly linked to their success at holding a home range and hence breeding. This fact explains why male orang-utans are as big as they are but not why they remain arboreal. The reason for that is three fold. Firstly, their hands and feet are superbly adapted to climbing, but they are relatively clumsy on the ground. Secondly, the food they eat is mostly in the trees, and thirdly, until very recently, the forest floor was home to large numbers of tigers, predators too big for even a large male orang-utan to fend off. Significantly, we know from fossil evidence that 40,000 years ago orang-utans were 30 per cent bigger than they are today. Those huge apes must have been forced by their own weight to come down to the ground where, presumably, they met their match and were killed off. What we see today is male orang-utans with the most impressive physique that the trees they live in will still support. Were it not for their macho displays of physical power, orang-utans might have become more athletically arboreal like the gymnastic gibbons. Instead we have this amazing lifestyle contradiction that gives us a heavyweight wrestler on a high trapeze, the largest arboreal animal in the world.

There is a second mystery concerning orang-utans and that is why animals that live such a simple life should have a high level of intelligence. Anyone who has worked closely with captive orang-utans will vouch for the fact that, given the stimulus, an orang-utan will show amazing mental abilities. Moreover, they are capable of tailoring their response to fit the moment in a startlingly clever way.

To give an example, on one occasion, many years ago, the zoologist Desmond Morris was about to show an adult female orang-utan on a live TV programme. His plan was to demonstrate her ability to open a series of boxes, arranged one inside the other, but she reached out to take the boxes before he and his team were ready. As she did this, she was scolded by her keeper. Apes, like us hate to be scolded, but this particular orang-utan did not react immediately, as say, a chimpanzee would have done. Instead she waited until they were on air. Then, without looking, she swung her long arm around in an arc, moving it backwards with great force, so that it struck the keeper in his solar plexus. He collapsed in pain while the orang-utan continued to sit placidly awaiting the start of the test. It was a deliberate, calculated assault specially designed to fit the circumstances and, although he knew the orang over a long period of time and was even on one occasion allowed to watch her give birth. He however, never saw that particular action. Rightly or wrongly, you get the feeling with orang-utans that, even when they are at their most sedentary, they are quietly thinking things out.

Another surprise, when one works with captive orang-utans, concerns their potential for speed. Orang-utans have an acute fear of large snakes. On one occasion two London Zoo orang-utans, which had spent their lives in captivity, were waiting to appear with Desmond Morris on a TV programme. Without warning, a keeper carrying a giant python walked past them. Their immediate reaction, upon spotting this snake was to flee in panic, climbing high up into the roof of the TV studio and refusing to come down until the python had been removed. The speed with which they moved to escape was astonishing. Although normally rather slow and ponderous, orang-utans are clearly capable of rapid movement when the moment arises.

Female orang-utans only mate once their offspring can fend for themselves. As a result, these apes are extremely slow breeders and take a long time to recover from any population crash. The number of surviving Bornean orang-utans is a matter of much debate, with estimates ranging from 15,000 to 69,000 individuals. Whichever figure is closer to the truth; the overall population is small and is rapidly getting smaller, as loggers move ever deeper into Borneo’s forests. There is a real possibility that the Bornean orang-utan could disappear from the wild completely and it is imperative that we learn as much as we can about them before it is too late.