How Cats are Different from Dogs

Kittens are made to cuddle

Cats vs Dogs as pets

When asked in casual conversation how cats are different from dogs, a patient on the mentally retarded unit I work on stated, “that’s easy, cats are girls and dogs are boys.”

I’ve had the pleasure of owning both cats and dogs as pets through my child and adulthood, and I can assure you, aside from the obvious, there is a bit more going on than this patient’s simplified version of the differences between these two animals.

Ever hear the saying, “dogs are man’s best friend”? Dogs are trainable in ways that cats are not. How about the saying, “cats are sneaky”? Is this a true fact or an opinion? Do we derive our pleasure more from owning a dog or a cat as a pet?

In substance abuse circles there is a recommendation that goes something like this: learn to care for yourself before taking care of any other living thing including a plant or an animal. Good advice if you have never learned to do that.

Owning an animal, be it aquatic, small caged rodents, or a larger house pet, such as a dog or cat, is a full time, permanent job. If you neglect taking care of your pet, the animal suffers and problems arise.

Cats can be stealth and cunning; their ancestors knew how to stalk their prey. Jack, my sister’s cat, was a mighty hunter. He was a large, black and white tomcat, which would stalk and bring home birds. On more than one occasion his prey would be stunned, only to take flight in the house.

Still, if your feline is not a stray than there exists the tasks of feeding and cleaning up after it. Keeping it healthy via regular exams, vaccinations, and neutering is also part of the owner’s job.

Cats like to be very clean. Think of ‘preening’ when you think of this furry creature. Keeping the litter box clean is a must. If not…well, the house is fair game. But, did you know that cats can also use the toilet to urinate?

I was amazed when one of our cats, a beautiful tortoise shell with green eyes, used the toilet one afternoon for the first time. I was in my bedroom and heard ‘someone’ going to the bathroom. Knowing I was in the house alone I crept quietly to the door of the bathroom and saw Callie perched on the edge of the seat, tail lifted high in the air.

Now, I knew she was a smart girl, and I also recall the many times she would come into the bathroom while I was using it, looking for attention, but I didn’t realize she was putting two and two together for the association between the smell and the action. As I stood in awe and incredibility, she turned to look at me with disdain as if to say, “Do you mind? I would like some privacy!”

The family did not believe me until she had used the toilet so many times that it became a common occurrence. How I wish I had taken a video of that! 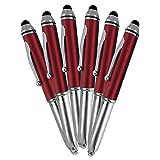 They bring humor to the household

Ever watch a cat at play? They roll, tumble and jump in ways that dogs do not. They hide and pounce, (it’s the nature of their beast), but often when least expected, startling the most preoccupied resident!

For a few good laughs put a large grocery bag on the floor and when the curious feline crawls into it rattle the end of it. Or, place your fist under a blanket and move it around and watch it stalk, attack, and recoil.

If you have a laser light, that is the best entertainment yet. Merely flash it in front of the cat to get its attention and then shut it off. You’ll have the cat chasing after the elusive light for hours, while you laugh your pants off.

I know many men who say they do not like cats because they don’t trust them. Sounds like a personal thing to me. Cats are like any animal, except they play in the dark; they jump out at you; and they have a history of being feared. Just look at some of the myths we have that involve cats.

1. Don’t let a cat near a sleeping baby or it will suck the breath out of it. Actually, my mother explained that she thought it was because cats love milk and want to get close to a baby to lick the dribbles off his mouth or bottle and, that cats can curl up close to the baby and suffocate it unintentionally.

2. Don’t let a black cat cross your path or you will have bad luck. This actually will bring the pedestrian good luck according to British and Japanese beliefs.

3. If a cat sits at the end of the bed of someone ill they will die.

4. Although black cats are frequently associated with witchcraft, fisherman’s wives believed that keeping a black cat would mean their husbands would always return from the sea.

Again, the origins of these beliefs come from ancient times when life was not scientifically understood the way it is now. Cats make wonderful companions for children of all ages, the elderly, and anyone in between. As for sleeping on the bed, my daughter Cara recently added a kitten to their household. Like many a smart animal, Charlie Raisin has attached himself to her. Not only does he sleep in her room but he cuddles around her neck like a scarf!

Additional 'Animal' Hubs you may enjoy: