How To Gently Housebreak Your New Puppy 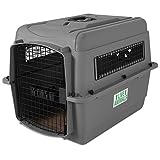 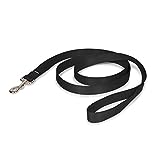 When you get your new puppy, there are several responsibilities that come with it; house training being one of them. House training to most people is a long, tedious chore, but hopefully this hub will prove to you that it can be simple and painless.

For the first couple of days to a week, keep your puppy in her crate until she has learned her schedule. Puppies usually don't mess in their beds, so you won't have to worry about cleaning up messes in the crate if you keep to a strict schedule.

Take your puppy out every two hours at first. Young puppies can't hold it longer than that. Also, puppies normally need to go out after playtime, after waking from a nap, and five to thirty minutes after eating. When she goes outside, praise her, but don't make it too lavish. You can give her treats when she relieves herself outside, but don't let her know you have them until she has gone, otherwise she will just focus on your pocket instead of going to the bathroom.

After a few days to a week, you can expand your puppy's freedom by getting a doggy playpen, or by setting up baby gates to keep her in one room. At first, keep her in her crate at night, and let her be in her new area during the day. If she makes a mess inside, do not rub her nose in it, or hit her. She will not understand why and will stop going anywhere. Instead, if you catch her in the middle, pick her up and take her outside to finish. If you don't catch her in the middle, do nothing; just clean it up and make sure there's no smell so she won't make that spot her new potty. When you expand her area, keep up your normal routine of taking her out every two hours.

If you are out of the home during the day, making a strict schedule impossible, crate your puppy while you are away until she has mastered housebreaking.

As with any behavior training, walking your puppy every day will help in her housebreaking.