It all comes to down to one thing: Status.

The reason your dog isn’t obeying you is because he doesn’t see you as the leader of the pack. In the hierarchical world of the canine, pack status regulates everything, including who he takes orders from. So if he’s ignoring you, it’s because he thinks you’re either equal or worse, inferior.

So to fix that point of view, you’ve got to explain to him-NICELY-that you’re actually running the show, but in a way that he will understand. It’s all about consistency, and a little thing we call NILIF (Nothing In Life Is Free) training. In principle, to humans, this is a concept that sounds a little bullying, but it’s actually the opposite. A dog who knows his place in the pack-and what his boundaries are-is a happier dog. Be prepared for a few surprised looks at first-and even a few reproachful stares-but stick with it, and not only will you and your dog’s relationship massively improve, your dog’s temperament will too. Think about it: are you being cruel when you give your kids vegetables they don’t like, and give them curfews, and make them give you lengthy foot rubs when you come home from the gym without showering? Of course not (apart from maybe that last one) you’re doing it for their own good and to make them behave correctly. And it’s exactly the same with dogs.

So the idea of NILIF, as the name suggests, is that you stop the dog from doing what he wants, and make him work for it. By doing so, you establish that he needs your permission to do things, and that therefore you are above him in the pack. So how do you do that?

Make them sit before they are allowed to do anything that they want to.

Now, that may sound like a contradiction in terms, because if the dog doesn’t obey you, how can you get him to sit, right? Well, that’s the first thing to fix before we go any further, and before you say you don’t have the time, you’re wrong; I can get your dog to sit in under half an hour. Go read this article, and come back:

Right, the rest of you whose dogs sit on command but ignore everything else-and those of you who left to read the article, and have now trained their dogs and come back-let’s continue. As dogs can’t talk, they have no way to say ‘Please’, and thus to ask for permission. So the way a dog says ‘Please’ is by sitting…once you’ve established that they sit before they get what they want. (They also don’t know how to say ‘Get the %$*£ off my property’ but I think you can guess how they express that one.) 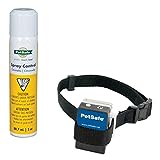 So here are a few key ways to implement NILIF training. Obviously there are more than these, but these are the major and most effective ones that will help establish your rank and therefore get your dog to listen generally. I’m sure you can get the idea from these on how to use NILIF training in all aspects of your dog’s behaviour.

Good luck; for more of my dog training articles, check out the links below. And if you just fancy a laugh...well check out my general articles below!

Or if you REALLY fancy reading a lot more of my stuff, check out my eBook novels on the Kindle store, readable on Kindle Devices or the Kindle App for smartphone and tablet PCs!

In The Darkness, That's Where I'll Know You: The Complete Black Room Story
Buy Now