Coccidiosis in Chickens, A Natural Treatment with Effective Micoorganisms

What is Coccidiosis in Chickens?

Coccidiosis in chickens is caused by a group of 6 different species of Coccidian protozoa which damage the gut wall, Ermeria tenella, E. brunetii, E. necatrix, E. maxima, E. mitis and E. acervulina, and each species likes to live in different parts of the gut.

The life cycle of Coccidiosis begins with an unsporulated oocyst which looks like an egg in its early stages. Once optimum conditions of highish humidity and a temperature of 25-30 °C are reached, the oocyst begins to sporulate and infect birds in quite quickly.

When the sporulated oocyst is eaten or drunk by chickens or turkeys, the digestive juices of the gut breakdown the cell wall of the oocyst and releases the infective form of Coccidiosis, the sporocyst.

Then, the sporocysts changes into sporozoites which invade the cell wall and multiply. Once the sporozoites multiply in the cell, the cell bursts, releasing the next stage of Coccidiosis called Merizoites. These go onto invade and destroy more of the cells of the gut wall.

Eventually the Coccidiosis results in the production of more oocysts which are then passed out with the faeces into the environment and so infect other chickens.

Coccidiosis can be extremely painful for chickens causing them to stop eating and so the damage to the gut wall reduces its ability to absorb nutrients resulting in weight loss and diarrhoea; a sick chicken will adopt a hunched posture with ruffled feathers and a drop in egg production.

Preventing and Treating Coccidiosis in Chickens with Effective Microorganisms

The appearance of Coccidiosis in chickens indicates the natural balance of gut flora has been disrupted and is probably due to over stocking of chicken houses or a back garden hen houses where hygiene has not been kept up.

Therefore, in order to control the levels of Coccidiosis in chickens or poultry better hygiene is the answer, but this is not always possible. So, how does one overcome this disease without resulting to antibiotics and other medications.

Originally developed by Dr Teruo Higa, Japan to improve soil fertility and resistance to pest and diseases, Effective Microorganisms have also been successfully used in many different farming situations around the world including chicken houses.

Effective Microorganisms is like a probiotic, full of beneficial microbes including lactic acid bacteria, phototropic bacteria, fungi and yeasts. It is available as a liquid culture which is then diluted with water or as Bokashi Bran.

Diluted EM or Effective Microorganisms can then be sprayed around any chicken houses or on the open ground, or added to their drinking water. Alternatively, adding Bokashi Bran to their feed or on the ground can also be effective at controlling Coccidiosis as well as other diseases, such as Newcastle Disease and bird flu etc.

The advantage of using Effective Microorganisms is that it is safe and is a natural alternative to using antibiotics and other forms of medication which can be potentially passed through their eggs or meat.

Also, when using Effective Microorganisms in a chicken or poultry house, this will improve the overall hygiene and significantly reduces the smelly aroma, thus making it a more pleasant and healthy environment for both the chickens and the operative.

Coccidiosis is not the only condition where Effective Microorganisms can be effective. Below are more examples.

Diarrhoea in chickens is one of the most common conditions affecting chickens, but there can be a number of causes.

Normally, chickens produce firm droppings with a white part on top which is made from urates (the chicken's urine) as chickens urinate and defaecate in one motion. And so, if their droppings are yellow and foamy or bloody, then something is up.

Here are some possible causes of diarrhoea in chickens and poultry:

Worms - These don't directly cause diarrhoea themselves, but in large numbers they can irritate the gut and a consequence a secondary bacterial infection will develop and cause the diarrhoea.

Viruses - Viruses damage a chicken's intestine it allow a secondary bacterial infection to cause the diarrhoea.

Bacterial Diarrhoea - This is simply caused by an over growth of harmful Clostridia bacteria.

Incorrect Diets - If you feed you chickens too much protein this will cause wetter droppings due to additional water they will drink.

Respiratory Diseases - There are a number of respiratory diseases found in chickens which are generally caused by environmental factors such as extreme temperatures and humidity, high stock density or being transported.

Avian Influenza - Avian or bird flu belongs to a group of viruses called Orthymyxoviruses which includes the human and swine influenza viruses. It is a notifiable diseases.

As with human flu, avian or bird flu comes in a variety of different stains which can also mutate making vaccination impossible.

Newcastle Disease - Originally discovered in Newcastle-uponTyne in 1926 (hence its name) and is caused by a virus called Avian Paramyxovirus Type 1.It can infect poultry and other wild birds, but not waterfowl and is spread via droppings and in droplets of breath.

Newcastle disease is difficult to diagnose because it involves three forms of the virus, pneumotrophic, neurotrophic, viserotrophic.

All strains of the disease lead to high numbers of birds dying and it is therefore a notifiable disease to DEFRA in the UK.

Want to get automatic updates when I write new hubs? Subscribe to my Hubpages via RSS. 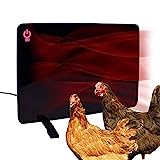