How to Prevent and Treat Frostbite in Dogs

Keep Rover Warm and in Fashion This Winter! 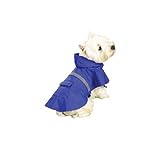 It is a sad fact that every year as the winter season approaches numerous dogs become victim of frostbite. The good news however is that knowledge is power and frostbite can ultimately be greatly prevented if only dog owners simply become aware of how frostbite develops and what can be done to prevent it in the first place. However, sometimes frostbite develops nevertheless, especially in dogs left outdoors or stray dogs left to cater to themselves on their own. This article will focus on the steps to take to prevent it and will provide first aid tips to help a dog recover from it.

Definition  and Stages of Frostbite

Frostbite is a fancy name that simply depicts tissue damage derived from the exposure to cold. When the outside temperature plummets very low, the dog's body may set up a series of reactions.

First, the dog's hair will undergo ''piloerection''( something similar to human goose bumps) meaning it will stand up in order to  trap air allowing it to warm.  Second, the dog may shiver so the muscles will encourage blood flow allowing the dog to warm up. Third, the dog's body may go into self-preservation mode meaning the dog's body  will become selective so to primarily focus on sending warm blood only to vital organs such as the heart , kidney, liver and lungs, while reducing blood flow to peripheral and therefore, somewhat ''less important'' body parts such as paws, ear tips, genitals of male dogs and tail.

Signs of Frostbite in Dogs

Deprived from the warm blood flow and oxygen, such body parts (which some are also the most exposed to wind and cold) start to cool down up to the point of freezing therefore causing the tissue to die. Areas affected by frostbite will initially become  bright red and then, extremely cold, of a hardened texture and pale or gray. As the frostbite advances and the tissue dies, the skin may become black and start sloughing.

It is important to act quickly upon recognizing the first signs of frostbite. One of the most important things to keep in mind is that the tissue affected by frostbite is already in pretty bad shape so nothing should be done to aggravate it. Therefore, no rubbing the skin, pouring hot water on it , exposing it to a heating pad, drying it with a blow dryer or rubbing ice on it.

Instead, the area should be exposed with warm, repeat, WARM water ideally averaging according to PetEducation.com between 104 -108° degrees. This can be accomplished by gently placing the foot (if the toes are affected) in a water bowl or by applying a wet warm compress or a wet warm towel on the area for about 20 minutes.

As the frostbitten areas begin to warm, they may become painful. The dog should not be allowed to lick or worse, bite the affected areas. Afterward the area should be dried gently without rubbing and a veterinarian should be consulted in order to be safe. This latter step is very important because only a veterinarian can really provide a hands on examination on the frostbitten area and provide professional advice.

Frostbite is a very serious condition that may even cost a toe or the ear tips. Indeed, severe frostbite may require amputation if a large amount of tissue has died. The vet may also administer safe pain relievers, antibiotics to prevent infection and may assess the dog's condition since often dogs affected by frostbite may suffer from hypothermia (low body temperature) as well.

How to Prevent Frostbite in Dogs

As seen, frostbite is something you do not want to mess with. The best way to prevent it is to simply avoid keeping your dog out when it is very cold  and windy and by providing shelter as necessary. A warm coat may help smaller breeds that are more prone to hypothermia. Dog boots may protect your dog if you need to walk him/her in the snow.

One important fact to consider: not all dogs react to cold in the same way. While a dog may be happily romping around the snow for hours with no consequences another dog may get frostbite within minutes. Predisposing factors can be the breed  and size of the dog, the presence of medical conditions such as diabetes, being on certain medications such ass beta-blockers or simple issues such as having wet fur on a cold, windy day, 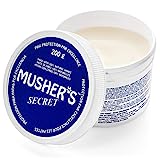 Musher's Secret Dog Paw Wax (7 Oz): All Season Pet Paw Protection Against Heat, Hot Pavement, Sand, Dirt, Snow - Great for Dogs on Trails and Walks!
The only alternative to boots! No more burning from salt, chemicals, sand, sand burn, and hot pavement! No more sore cracked paws! 100% natural waxes do not stain. Apply a thin coat on pads and between toes. Use weekly or as needed.
Buy Now