How to care for South American Cichlids like the Tiger Oscar 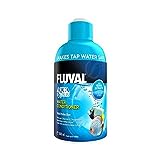 Learning About South American Cichlids like the Red Tiger Oscar

African Cichlids like the Tiger Oscar have become one of the most interesting fish when it comes to Aquariums. Red Tiger Oscars are well known for changing colors when they feel certain emotions and they are one of the most aggressive cichlids that exist in freshwater aquariums.

Between 72 - 82 degrees F Cichlids generally like warmer waters, especially if they are breeding. But do not let temperature exceed 82 degrees F.

There are other solutions that work great for maintaining a healthy freshwater aquarium. Some oscars like to have some concealment, so it may be a good idea to choose some rocks and buy cool aquarium decorations so that they have places to hide. Oscars tend to be very dirty fish because they spit up food after eating it, and generally create a lot of waste. This excess waste can increase the ammonia, nitrite and nitrate levels in the water to the point of toxicity. High ammonia, nitrite and nitrate levels can kill the fish and can easily be regulated with solutions like "cycle", "cycle" is a solution that increases naturally occurring bacteria that help to break down ammonia, nitrite and nitrate. If your nitrate levels are high in your tank, I would highly advise you to use cycle as it helps to stabilize the aquarium in a healthy way. Cycle can also help to prevent cloudy water because of the healthy bacteria that it supplies to new aquariums.

How big do Oscars get and What do they eat?

Oscars can grow to be a very large fish, and tend to be more aggressive as they get bigger.  They can grow up to 12 inches and can live for over a decade.  Oscars also tend to have a very interesting personality.  They have the ability to recognize their owner or the person that frequently feeds them.  If you have an oscar, you will notice that they change colors when they experience certain emotions.

The diet of an oscar should consist of cichlid flakes and pellets.  You can also feed the oscar live food like minnows or smaller comet goldfish, you'll be surprised how fast they can swallow up a few fish.  However, its very important that you do not feed comet goldfish or other live feeders more than twice a week at the most.  Comet goldfish increase the likelihood of disease and parasites, and both parasites and disease can kill your red tiger oscar.  Its best to feed them flakes and pellets if you are concerned about the health of your freshwater fish. 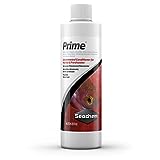 How to Breed Red Tiger Oscars

Breeding Red Tiger Oscars can be fun. Like most South American Cichlids, red tiger oscars are great parents. Its best to encourage breeding by having at least a few oscars in a fish tank of at least 70 gallons. It would be very hard to get oscars to breed in a small tank. It is also hard to decipher the male from the female, but once the female is pregnant you will notice that her belly is wider.

Typical signs of breeding include increased aggression toward other fish, burrowing and lip locking. Oscars are egg layers and generally lay their eggs on slate. To encourage breeding, try to find a large piece of slate and bury it under the rocks in your tank. The oscars will dig it up when they begin breeding.

Recommended Temperature to Encourage Breeding: Between 76° and 82° F.

Important Cichlid Breeding Tip: If you discover a pair of oscars that are breeding, you will notice that they will not any other fish come near the nest. Once oscars establish a nest to lay eggs, they become extremely aggressive and can kill other fish. For this reason, it's a good idea to isolate the parents in their own tank.