How we chose the names for our pets.

I have owned cats for over 60 years. Between them and their vets, I have learned a great deal about how they tick.

They are all unique

Our animals have been cute, daring, curious, outrageous, cuddly, and, well, you get the idea. So we would fashion a simple name based on their personality and looks. I have described several of our animals below and described how we came by their names. I won't list them all, since that would make a book in and of itself, but I will list some of the more unusual ones. Many of them have gone on to a better place, but some are still around. I hope you enjoy the little trip into animal antics. 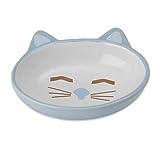 Our first cat was a calico cat with short fur and a pleasant personality. He came to us on a cold rainy night in October. I had gone outside to set up our jack-o-lanterns for Halloween and there he was sitting under a bush with water dripping into his eyes. I took him inside and wrapped him in a towel and gave him some deli meat. Soon, he was washing himself dry and sitting on my couch like he owned it. We bought him some food and a bowl and litter box. We set him up in the house just like a king. He, however, didn't want to be in the house and would walk up to the litter box and mess right in front of it. Then he would yowl at the door as if his tail was on fire.

We finally gave in and let him out. He would roam for a few hours and then yowl at the door for us to let him in. He yowled for everything. No cute meow for him. After a day or two, we began calling him our 'yowler'. And since he had been found when I put out the jack-o-lanterns, we called him Jack Yowler. Soon that name was shortened to Jowl. We don't have a picture of him but he was a tough old calico, as you might have guessed.

The next cats I'd like to talk about are two black kitties that we bought from a pet store. We noticed that one of the animals was extremely curious about everything. This furball would climb into boxes, squeeze into tight corners and under furniture, climb onto the TV and even the fridge. We named the cat 'Curious George' but, being female, we shortened it to 'Georgie'.

The other cat was long haired and lay around more often than not. There was a cartoon on the TV about a character named Charlie that never did anything. So we named her Charlie (being a girl it was short for Charlene). She was queen over all she surveyed, and she was quick to let you know if you failed to acknowledge her. She really did rule over the rooste since she was the longest living of all our cats and other cats brought into the house seemed to do as she wanted without complaint.

Sometimes you will notice that your animals will answer to certain sounds. Maybe that is what they feel is their own name. Try coming up with a name that has those sounds.

We made it easy for ourselves

We did really. By waiting to see what they did and how they behaved, we took the guess work out of it. I know, everyone wants names they like for their animals, but by waiting a day or two you can actually get one that also fits.

Is the cat really gray and likes to climb into dusty places? How about Dusty. Is the cat real fluffy with lots of colorful spots? Does he/she like to nap a lot in the sun? How about Sunny? We wanted to be creative with names. You know, unique. Then we found out that many of our names had been used many times before. So much for unique, but at least the names fit the cats.

This cat came from a litter of strays. He had extremely unique blue eyes (unusual for a dark cat) and he couldn't see very well in bright light. That reminded me of the character in a vampire movie and that is where we got his name.

Okay, some of you might want other types of names

Names are just that, names. They are something for you to say when you want the animal to come to you. They are the identification tools used by vets. And the are the titles you give your animals when you are spending time with them. So how you came up with the name is really up to you. But we noticed that after we named our animals, and they were beginning to answer to their names, that they demonstrated certain traits. Many times we would catch ourselves saying "maybe we should have named him/her this name instead". Thus the reason I suggest waiting a bit to see what traits they display first.

The next unique cat we found was Ash. She was roaming outside in a snowstorm skinny as a rail and the lovingest thing you could imagine. We brought her in and kept her away from the others until we could get her checked out for diseases. The vet checked her the next day and told us that she was relatively healthy but very malnutritioned and was due to have kittens in two weeks. She weighed about 4 pounds at the time, and you could count every rib. The vet said that because of her malnutrition, she might not be able to carry the kittens to full term. We said we would do our best and hope. The cat was very tiny and gray with burning orange eyes. What better name for her than the gray ashes of a hot fire? And had four beautiful kittens (seen at the beginning of this hub).

Do you name your animals to reflect their traits?

Sometimes we want to be unique with the names, and that's great. I'm not telling you how to name your pets, I'm only telling you how we did it. Who knows, maybe you will get some ideas from my hub. I have heard some real unique ones like Horrace for a dog the size of a man's fist. Or Daisy for a German Shepard. They may seem a bit strange to us, but to the families of the animals they seem perfect. And, since the animals only know the tones and not the words, they are just fine with whatever you call them.

Our last kitty is B.J.

BJ (Benjamin Franklin Cat-to be formal) was found in an abandoned parking lot. He was dirty, wet, hungry, and scared. It was spring with all the spring rain and cool air. He looked to be about 6 weeks but his cries were more like soft whispers for help. Sitting next to him, dirty, torn, and broken, was a kite. A small key was slightly buried in the mud where he sat. We took him home, cleaned him up and fed him. His yellow tiger coloring made him unique in a community of calicos and black and gray tigers. After a day or two, my son and daughter were talking about him at the dinner table. My daughter asked what we were going to name him and my son said why not Benjamin Franklin since the cat must have been trying the same experiment that Benjamin Franklin was doing. The name stuck and became BJ for short.