Of all the birds one could want buzzing and flying around the yard, the hummingbird is probably one of the more commonly sought after. In my own neighborhood, I've spotted several hummingbird feeders planted in yards, whether they're hanging feeders or feeders on polls.

Hummingbirds are typically pretty small birds, but they are the only bird that can hover and the only bird who can fly backwards. Because they can flap their wings 15 to 80 times a second, they kind of work like helicopters.

Hummingbirds can range from shades of browns to elaborate blue and metallic green colorations. Depending on the species and the sex of the bird, you'll find that hummingbirds often come in a nice variety of colors, which is one of the reasons why they are so attractive to have flying around the yard.

The Diet of Hummingbirds

Because hummingbirds have long, thin bills with a bifurcated tongue, they are able to feed on the nectar deep within flowers. But, they do not feed solely on nectar, hummingbirds also eat small flying insects. Basically, the bird's lower jaw flexes downward creating a wider opening in the bill, which enables them to capture the insects in their mouth rather than the tip of their bills.

But, in terms of feeding on the nectar, hummingbirds are important pollinators of tubular flowers.

Hummingbirds are able to assess the sugar for their bodies from the nectar, and they prefer flowers with about 25% sugar content, rejecting those with less than 15%, which is why when making the hummingbird food, it's typically a sugar water substance.

But, hummingbirds can't get all of their nutrition from the nectar; they do need proteins, so they prey on small flying insects for protein, amino acid, vitamins, and minerals.

Hummingbirds will actually feed up to five times their body weight in nectar each day, in addition to the many small insects. 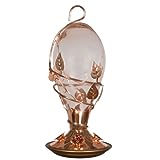 There are different methods of making your own hummingbird food.

The common method for making homemade hummingbird food is:

Include the following plants to attract hummingbirds:

For a near extensive list of shrubs, vines, and flowers you can plant to attract hummingbirds, check out Hummingbirds.net

Other tips for how to attract hummingbirds: