iPads for Cats, Apps for Apes and Dolphins - What's Next!

App for your cat

How to Keep Your Cat From Becoming Bored

Let your cat play on your iPad! Really!

Do you already have to compete with your spouse and kids for time on your iPad? The amazing little computer is an irresistible attraction to anyone who loves games and technology so it’s little wonder that everyone in the family wants one. Even the cat wants his own iPad!

What would the cat do with an iPad, you may wonder. Didn’t you notice your pampered cat eying your iPad with interest. Wait, is he trying to turn it on? Perhaps your kitty has heard that there are now some free apps designed especially for cats!

There are Free iPad Apps for Cats

Be sure to charge up your iPad before you go off to work because your cat will be using it to entertain herself while you are gone. My pampered cat, Gemini, is already hinting that his stock of toys should include an android tablet with some special kitty apps.

Purina Friskies has researched and tested the game-play, the colors and movement that felines find attractive. Friskies has actually developed three iPad games especially for cats based on their research on how cats will react to different stimuli. Check out the Friskies website for free apps for cats! Wouldn’t it be fun for kitty to try to catch a virtual mouse or fish in a virtual aquarium? They are also developing a new app that called “Here Kitty, Kitty", that will entice your cat to come with sounds like a tin can opening, a food bag rustling or a bird chirping. Now that seems just plain devious!

iPad games for Cats to Play While Owner is Aaway

In Australia, The Royal Society for the Prevention of Cruelty to Animals (RSPCA) must think it’s cruel to leave indoor cats alone all day because they’ve developed a collection of IPad apps designed to entertain cats while their owners are away.

Cats get bored easily, so the specially designed cat app will automatically shuffle through the games giving cats something exciting and stimulating to play all the time. Best of all, the app will show a score at the bottom of the games so that owners can check to see how their precocious kitty scored.

I do wonder what kitty's claws will do to the iPad. Be sure to have a screen protector on it before letting your cat play iPad games! Called the Affection Collection, the app is free at the Apple iTunes Store.

Video of Cats playing with Affection Collection Apps for Cats

iPads in the Zoo - Apps for Apes

You and I may not have the latest iPad, but it seems that some lucky zoo animals have been playing and communicating with iPad technology.

Trish Kahn at the Milwaukie zoo, says that orangutans at the Milwaukie zoo are fascinated by iPads. They were shown videos of themselves and other animals in the zoo and were allowed to interact with the iPad. The female likes to watch the male orangutans (hmm…no surprise). Ms. Khan says that the apes enjoy enjoy the same apps that children enjoy. Orangutans enjoy using the free apps where they can finger paint, or play music.

For the future enjoyment of their orangutans, Milwaukie Zoo keepers are planning to introduce their animals to Skype as soon as other zoos have the technology! Then the apes can see and communicate with their cousins at distant zoos. Wow, and I can’t even teach my husband how to use Skype!

Would you get your cat an iPad app?

The amazing technology of the iPad has opened new doors to animal studies and communication.While zoo keepers are teaching apes to play and communicate with iPads on dry land, dolphins are getting a chance to try their hand at this exciting new technology.

Who would have thought that the IPad could be used to communicate with Dolphins? Scientists at Dolphin Discovery in Puerto Aventuras, Mexico are using a specially waterproofed version of an Apple iPad to communicate with a bottlenose dolphin called Merlin. Merlin is able to use the touch screen to tap on symbols on the screen and eventually, his trainers say that he will probably be able to tap on symbols that represent objects, actions and emotions, facilitating interspecies communication to a new level.

Video of Cockatoo, puppies and lizards with iPad...

While it is entertaining and fun to give cats an iPad app to play with, it is exciting to know that there are serious applications for the technology in animal research.

Technological advances never fail to surprise and excite researchers in every field of study to develop new ideas and formulate new theories. The field of animal communication and interspecies communication is bound to advance in giant steps as iPad technology is used with primates and dolphins. Apps for cats, games and Skype for orangutans, dolphins communicating emotions ...I can't wait to see what will be next?

IPads, cats and other pets

Would you let your pet play with your iPad? 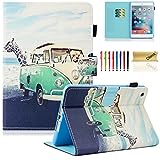