Life Lessons from my Dog Brigid

Brigid is my four year old dog. She is half Chesapeake Bay Retriever and half Australian Shepherd and still has a lot of things to learn, and a few to unlearn. We are still trying to convince her bark or two is plenty to let us know that someone is at the door and that a ten minute spectacle is not needed. Ever since she sniffed the rose bush and it “bit” her when she was a puppy we’ve been trying to persuade her that anything that smells like roses is not evil. Happily there are some very important things that she has learned that she would love to pass on to everyone. These basic life lessons can apply to anyone; human and canine alike.

Brigid enjoying her swim in the K9 pool!

Exercise is one of Brigid’s favorite things. Actually, exercise encompasses many of her favorite pastimes from taking long walks in the park, to swimming at the local K9 swimming pool, to simply chasing shadows. Both dogs and people are built to move, and if we don’t get in enough exercise it can cause our muscles to atrophy and loss of bone density and flexibility. Exercise not only keeps our bodies healthy, but our minds as well. Just thirty minutes a day of moderate exercise can lower blood pressure and get additional oxygen to your blood cells, and improve your overall mood. Active working dog breeds like Brigid tend to need about twice that. When Brigid does not get enough exercise she is more anxious and restless, and doesn’t sleep as soundly. The same thing happens to most people, usually minus the barking. 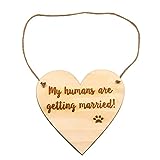 Pay attention to where you are going.

Brigid learned this one hard way, a few times. If you don’t pay attention to where you are going and what is going on around you it can cause you to miss things. This can be dangerous for yourself, as Brigid learned when she jumped into the lake without paying attention and had to be rescued from a tangle of lily pads. It can also be dangerous for other people, as she learned when she made a sudden 90 degree turn across my path to greet another dog and I took a nose dive right over her and onto the pavement. We can certainly translate this into other activities as people too. Biking down the road without watching where you are could put you in the path of an oncoming car or could cause you to miss an obstruction you might have otherwise have avoided. It’s even more important to apply this one to the activity of driving. When you are driving a car you are moving at high speeds in a very heavy object. Inattention to what you are doing, by trying to find something in the glove compartment, doing your makeup or talking or texting on a cell phone (one of my personal pet peeves), could cost someone their life. The flip side of this is that if you are paying attention to where you are going, and the things around you, you may see some pretty interesting stuff, that you might have otherwise missed.

"The number of people killed in distraction-affected crashes decreased slightly from 3,360 in 2011 to 3,328 in 2012. An estimated 421,000 people were injured in motor vehicle crashes involving a distracted driver, this was a nine percent increase from the estimated 387,000 people injured in 2011."

Brigid as a puppy, after playing until she passed out

Sleep is important too.

This is one of those guidelines that I have to constantly remind myself about. Who wants to sleep when there is so much that I can get done. When Brigid was a puppy, she wanted to go and go and go, but eventually she would just crash. Sometimes that happened when she didn’t want it to. She’d fall asleep when her favorite visitors came, and she would miss all the pets and ball tosses. Or she’d stay up with me all night while I worked on the phone, trying to get me to play, and then be too tired to enjoy her walk or her swim lesson the next morning. I don’t know about you, but I’ve certainly been in the same boat, staying up too long to finish painting a piece of pottery, or a writing project, then being too tired to enjoy my family time later. Now when she knows it’s a quiet time in the house, she takes the opportunity to sleep. She also lets me know when it is time to sleep sometimes. If I wait up too long anymore, she will grab one of her stuffed animals and pace between me and the bedroom door until I go to sleep. I guess that’s one of those things I still have to work on as well.

Made from toilet paper rolls!

Things can have multiple uses

Brigid knows the cat tunnel is a cat tunnel. She watches the cats play in it, and chase things through it all the while making those interesting crinkling noises. That doesn’t stop her from propping the darn thing against the couch and putting her tennis ball in it so she can play fetch by herself while I’m busy writing. In her opinion, a hollowed out bone doesn’t have to be just a bone, if it’s just the right size it can also make really interesting noises when you blow through it with your nose. She thinks it’s great fun. There are times when I disagree with the fun part, the noises can be distracting, but I can’t fault her ingenuity in transforming it from a mere mindless chew thing to a sort of a crude nose flute. Watching her use and play with things in new and resourceful ways reminds me to do the same. If you don’t have the exact tool for the job many times you can improvise and come up with something that will work in a pinch. Sometimes it even works better. A squeegee or roll of packing tape can remove pet hair from your furniture and carpets, and those cardboard tubes that are left over from your toilet paper rolls are great for helping organize all sorts of things. Brigid particularly loves it when I make used boxes into doggy piñatas by filling them with paper towels and hidden treats.

Treat the very young with kindness and gentleness, all of them, all the time.

This is one of those ones I never had to teach her. She’s always been gentle with the very young, no matter how stressed out she was. Puppies can do things to her that she would definitely not take from an adult dog, and when she was approached by a baby beaver by our local beaver pond her reaction was to lay down and make herself as non threatening as possible, although her tail was going a mile a minute. I was holding my breath as the little ball of fur that looked an awful lot like a stuffed animal came pretty much nose to nose with my dog. She really likes throwing her stuffed animals up in the air, and I was a little concerned that I was going to see my first flying beaver, but she made an effort to be much calmer than her usual self without any prompting from me. Little humans are also to be treated with the same amount of gentleness, even if they fall and catch themselves by grabbing onto your lip. It’s something that sometimes in the hustle and bustle of daily life, some people forget. If Brigid had her way, no baby would ever be shaken, no toddler would ever fall without getting kisses, and none of them would ever have anything to fear from the adults in their lives.