You Can't Beat This

Who says that there is no such thing as an owl with personality? Take a look at this beauty, and you’ll know that she is atypical. This snowy is a real prize.

The rarest bird is Australia is the Orange-bellied Parrot, which has been upgraded from critically endangered to threatened with three hundred birds in the program with a target of three hundred fifty. Learn more about the captive breeding program here, and how the population is slowly increasing:

In Austin, TX at the World Birding Center Headquarters, thirty-five acres of land will be added to the property. This is a popular area for tropical birds and butterflies. If you’re in the Austin area, in the vicinity of the Rio Grande, this is the place to see in the spring and summer.

Most Unusual Birds of the World

Curious about the most unusual birds of the world? You need look no further than this link:

Even though an extended deep chill has been in the air, plenty of birds are still available in and around the lake. I walked the east side of the lake this morning and travelled to the Northern Reaches on a whim. There is very little available water, as most of the lake is ice covered.

Over the past several days, I have seen six American Crows, a few female Northern Shovelers, four Great Blue Herons, an increasing supply of Mallards, Buffleheads, a couple of Kingfishers, and Canvasbacks. Today the Bald Eagle pair from Sooner Lake was hoping to obtain fish, and the male was so hungry, he did his best to capture a murrelet, no less. A murrelet in Oklahoma? Don’t ask me which one, as it was being pursued quite heartily, I might add, and they can be quick. All I saw was a chunky bird with white undersides and black upperparts. It eventually made it rather close to where I was, but it was so fast, I didn’t have a snowball’s chance to get that shot.

The Northern Mockingbird was seen once this week, and what a prize shot I got. As you know, these birds are characters, and they will do nearly anything to draw attention to themselves. I automatically look when I see one, and will you look at this? To the victor belongs the spoils, and he was gone!

A good number of Canada Geese are available this week, and the numbers are increasing, as it will be breeding season soon enough. How about this for striking a pose? Nothing could have been any sweeter, and I don’t even have to go to Carolina to get it.

Ring-billed Gulls are out in full force, sans the water. This little grouping was just hanging around waiting. There is very little to perch on now, as the water(or should I say ice) levels are much higher than usual.

It was SO cold this morning, but I had to get out. Due to my schedule, I haven’t been able to get out for three days, so I had to make an unusually good effort today. With 25 degrees at 9 a.m. and wind gusts up to 20 mph, it was not pleasant, I assure you, but it had to be done. I had a driving force within me telling me that I was not wasting my time.

It was true! One Bald Eagle was in my sights in the distance and what appeared to be a pelagic bird fleeing for its life was playing out before me. Whoosh, and the chase was over. However, I saw where the eagle went, and what did I spy? It wasn’t Santa, but it was even better. The eagle’s mate was also there. The further I got, I saw why our eagle was not going after fish, it was the ice situation. We have had several days worth of hard freezing, including a couple of nights that hit 12 degrees F. I got a few shots, but this cloudless day and the position of the sun didn’t do me any justice. I considered going to the west side of the lake, where the eagles were fairly near, but a mile walk was not in the cards today.

I got closer and tried for better shots off the southern jetty, which still had the intrusion of the sun, and nothing that I could do about it. Then one eagle left, and ten minutes later, so did the other one.

Enter a Murder of Crows

The Northern Reaches, I thought. Is it possible? Then came a murder of marauding American Crows. Perfect shot in the distance, but I needed to continue my quest. As much as I despised the idea of walking an extra mile to the Northern Reaches, I just had to do it. I also kept my eyes peeled for the Belted Kingfishers. Nothing. But I saw a large band of ducks in a channel by Goose Island. I had to make a pit stop, for it was imperative that I record this large group of waterbirds.

By then, I was committed to that mile, and nothing was going to stop me, even that horrible arctic blast. Running through my head was the thought: my stars, I’m a twitcher. Where is Debby S’s 600mm Nikkor lens with teleconverter? I’ve surely lost my mind to endure this. But I had to do it. I have never taken a good eagle picture with this lens, and I was going to give it my best shot. So I plodded on, ignoring the cold chiseling my face, snaking through my wool gloves, and that aluminum tripod didn’t help me a bit. So I quickened my pace, all the while watching for everything that could possibly be in my path.

As I crossed Airport Rd., I got a couple of shots of ice formations, then headed for the water. I looked up. There they were, both Bald Eagles in a naked deciduous tree. My heart was racing. I kept my pace slow and silent, I was in stalking mode. I tried to position myself to keep the small branches out of the shot. It just wasn’t working. Then I headed west on Airport Rd. The bridge, surely I would get a beautiful shot there. Then came the Kingfisher crossing over and over in front of me, hovering in the air. I ignored those shots. My mind was intent, I could not waste any time, for I had to obtain those eagle shots. And there, before me, was that beautiful and stately countenance. I sucked in my breath and went in for the shot. It was perfect. Another one, and then I crossed over the guardrail to the water’s edge. Top shot, another. The eagle turned and was going to fly, I knew it, I saw the position, and bang! I got that shot, then I got the flight shot. I returned to the boat ramp, ten minutes had passed, and there they were, together in the same tree. The sun was causing a problem, but I got them together. Five minutes later, they were gone. I said my thanks, grateful for that wisdom that I was given when I began my trek on the lake. My resilience paid off, and I was proud. I had my shots, and now I present them to you, my readers. We have done it, and my day was resplendent, and complete.

Where Do We Look For Eagles? 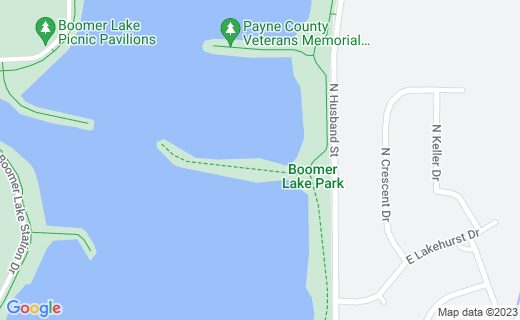