I love Cesar with all my heart when I first got him I hated to leave him at home all day while I worked. I worried about him like he was one of my children. I may have mentioned before but I have three boys and I am the only female in the household so I wanted a female Yorkie. When I went to have a look at the new litter the females were all gone and I fell in love with the little fellow that was sitting up like he owned the world at only 4 weeks old. I didn't take him home until he was 8 or nine week old because I didn't want to take him away from his mother to soon.

I didn't realize the cost that would go into taking care of him, his first visits to the was frequent to start until he was three months old, I may have paid around $40 to $50 for the first visits At one year of age vet for vaccine was $70.00 dollars. There was one time I got up at 5:00 am to let him out to go to the bathroom and he was sick he had vomited all over his bed and he was not himself. I was so upset and helpless because I could not ask him what he was feeling.

I was in panic stage because I have never thought about him getting sick, my mind raced because I had no idea what could have made him sick, I only fed him Iams and nothing else. Anyway I called the vet and they had me bring Cesar in for a visit. The vet thought Cesar had eaten something greasy which was making him sick. I left the vet clinic with a $129 vet bill and I had to feed Cesar boiled chicken breast and plain rice for about a week. I couldn't give him a full bowl of water either because it could have worsened his diarrhea so I had to let him lick on an ice cube.

The family and I took a trip to the Cincinnati Zoo this summer the first attraction was the reptile house which is where I was able to get this awesome picture of the alligators in a huge pile one on top of the other.

This zoo was so big it took us all day to see every animal in the park. I will speak more on the topic of zoo animals in my next hub but, I wanted to add to my earlier statement that animals are very costly to take care of. The animals in the zoo have someone who taken great care of them. If there is any question as to whether or not zoo animals are well taken care of get your own pet. When you realize how much it cost to have a pet you will see that there is no way zoo keepers can abuse or neglect these animals and still have them on display for the public to view on any given day. 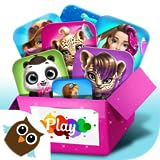