Momma Kitty: A STORY FOR EVERY CAT LOVER 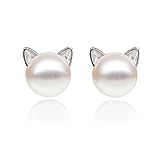 By this point in time, I’ve already converted to being a Cat Lover. See my confession in When I Became A Cat Lover. And my cat family continued to grow after finding PUNKIN. You see, my partner and I are the kind of compassionate people that can’t be stopped from rescuing a helpless animal. No, we don’t always keep the rescued animals, but we help get them on their way to a better life.

PEANUT'S HOMECOMING: It was less than a year after Punkin came into our lives that there was a cat hanging around the house. She was obviously very hungry. For a couple weeks, we left food and water out on our deck. We posted signs and asked around the neighborhood if anyone had lost a cat. She was affectionate and simply adorable. When no one claimed her after quite some time, we opened our home to her. We decided to call her PEANUT. We made an appointment right away to have her spayed and get all the needed vaccinations. Peanut was a welcomed addition to our family.

Peanut’s coming home story is not all that exciting and I was not prepared for the day MOMMA KITTY came into our lives.

It was an unusually cold fall day, October 19, when my partner once again brought another stray cat into our home late into the evening. With the approaching Halloween holiday, my partner was concerned for her safety since she was mostly all black and VERY PREGNANT. Some people can be very cruel to cats, especially black cats, and especially around Halloween.

It all happened so fast . . . Within eight hours of being in our warm, safe environment, the cat we already began to call MOMMA KITTY proudly gave birth. The BIG PROBLEM was that she didn't use the cozy area that we set up for her in the living room. She promptly found the darkest, coldest spot in the house. She had the babies in a dim crawl space, in the basement, on the cold concrete floor, behind the hot water tank and laundry tub. We could not get to the babies! We could hear them screaming but could not see them. It was heart wrenching. We were frightened for their safety.

“Oh my gosh, what do we do now, they are gonna die in there!” We tried but there was no way to remove the hot water tank to get in there? We could hear the babies behind a wall on the finished, pretty wall papered side of the basement. Without hesitation, we found the largest hammer we had and promptly knocked out a hole in the wall about one foot in diameter. It worked! There they were. One big bundle of yuck covered in dry wall dust.

We hurried this “bundle” upstairs to the kitchen and began to untangle all the umbilical cords. I even had to put my reading glasses on to help me with this fragile work. We used tiny scissors to separate the babies from the yuck and nylon thread to tie off the cords. Tears began to stream down my cheeks. Four tiny kittens. So adorable! We did it! We saved them! We placed them all in a large basket with a heating pad covered with a blanket. They began to calm down once they felt the warmth.

We took some time to focus on Momma Kitty. She was extremely thin, except for her belly which still had quite a bulge. She was very dehydrated and needed fluids and some healthy cat food. It just so happened that we had a bag of fluids on hand that we were using at times for our senior dog Buttons who had been sick on and off and dehydrated. My partner is going to school to be a Veterinary Technician, thank goodness, and knew how to administer the fluids. So Momma Kitty got her desperately needed fluids and pigged out on whatever food we put in front of her.

We were worried that because Momma Kitty was so malnourished and dehydrated that she could not nurse the babies. Her nipples were dry. We scraped up our change to buy KMR milk for the babies and began feeding them with a dropper.

About seven hours after the four babies came into this world, we heard noises from the basement. Yep, you guessed it, more babies. Momma Kitty was smarter this time. She gave birth to two more babies on a pile of dirty laundry. Awwww, six adorable kittens born October 20, 2008. Five boys and one little girl! Not only did we already have two cats and three dogs, our home was now filled with another cat and six kittens!

Over the next two days, we kept checking Momma’s nipples, trying to prompt them to produce milk. It was an exciting moment when the first sign of milk appeared. We knew this was so much healthier for the babies.

With each passing day, Momma Kitty got stronger and took especially protective care of her children. There were so many exciting moments with the new kittens. The next two months were truly a wonderful time to remember. I felt blessed to have been a part of this experience.

We were SO attached to the kittens that we waited until the ninth week to place ads in an effort to find new homes for them. We truly loved them but could not keep them. We lived in a condominium complex with association rules that allowed each home to be occupied with only one dog and one cat. Needless to say, we were already breaking the rules. We placed ads on craigslist.com and backbage.com and quickly began receiving responses.

We had a list of questions for each potential owner that contacted us. We were picky and careful to make sure we chose the best families for the babies. Only after we had lengthy conversations on the phone, asked all our questions and felt comfortable with the person, we then had them come to our home to meet the babies and Momma. The entire process took another couple weeks. In the end, we felt extremely confident that all the babies were placed in loving, caring homes.

We then took Momma Kitty to our Veterinarian to have her spayed. It was obvious that she had a hard life on the streets and probably gave birth many times before. It was her turn to be loved and pampered. She continues to live with us today, easily fitting in with the rest of our family. 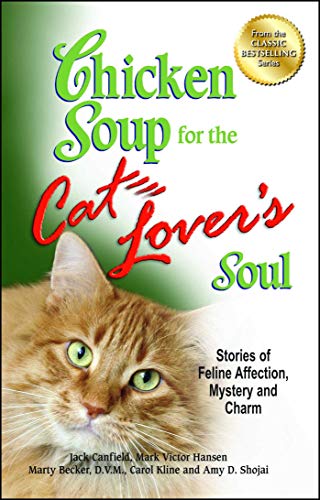 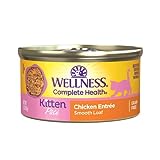