My Fish had Moving Stress!

When I moved house along with my beloved Red Devil Cichlid "Mr.Fish" it was a stressfull time for us both. I adopted him from a friend in 2003 he was four years old he lived to be the ripe old age of fifteen. Well I hadn't moved him since I got him eleven years ago; so I was concerned how he would fare on the move. I had got this very large tub with two big rope handles; which would take two people to carry. I figured I would use the water from his tank in the tub; thinking this would make the transfer a little less stressful for him as he would be in familiar water so to speak. I soon realized I had forgotten the smaller pail I was going to use to transfer him from the tank to the tub. Well feeling a little stressed my self at this point I decided to grab him around his middle and then I would gracefully place him into the tub. I can tell you this was anything but graceful.

Jumped Out of My Hands!

Once "Mr. Fish" realized I had grabbed him he went crazy! Under normal circumstances he comes up to the top for a good head rub from me. Well he went mad when I grabbed him by his middle which I can't say I blame him. The next thing I knew he jumped right out of my hands doing a nose dive from about four-feet in the air! Thank god he landed in the transport tub but he hit bottom as the water wasn't very deep. He seemed a bit dazed as he was going a bit on his side. I was frantic hoping he wasn't seriously injured. I didn't know what to do so I started blowing air into the water through a straw giving him a form of "Fish CPR" or at least my version of it. After a bit he did straighten out and seemed pretty good considering the circumstances so at this point we continued with the move.

Didn't Eat for a Week!

It took a week after the move before he began to eat again. During this stressful time I tried all his different forms of food; even trying some lettuce but to no avail . I had been putting some natural fish medicine daily in his tank. I had even thought about getting two feeder fish; normally I only get these once or twice a year. I worry that he may catch a disease from live food. In the past he has stopped eating for one reason or another usually for a few days at a time and then he all of a sudden resumes eating again. Normally he would let me know when he wanted to be fed by coming up and opening and shutting his mouth; I responded by feeding him. If he wanted to get my attention he would throw marble balls at the side of the tank; knowing this would certainly get my attention and believe me it did. I then would check to see if he wanted to be fed or just wanted a head rub; believe me he let me know exactly what he wanted.

We moved again in April of 2013 but this move my dear Mr. Fish did not revive from, the stress was just too much for him and he passed away. I felt so bad that I had to put him threw another move but alas I had no choice. Life unfortunately has twists and turns on it's road that we have no control of. I tried my best to make this move stress free for him I was heart broken that I did not succeed in this. My loved ones comfort me in reminding me that he lived a long life as the average life span for "Red Devils" is between 10-12 years. My dear little water dog lived to the ripe old age of 15yrs; he will be missed by many who had the pleasure of his company especially me (Mr. Fishes Aide).

Dedicated: To the Memory of Mr. Fish (My Little Water dog) 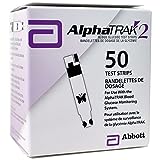